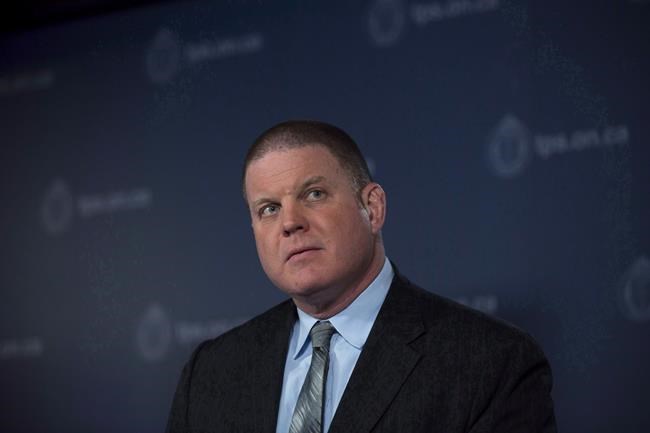 Toronto police say they're investigating the possibility that the stabbing death of a volunteer caretaker at a west-end mosque is linked to another recent homicide in the city.

Insp. Hank Idsinga, head of the force's homicide unit, says both cases involve brown-skinned victims who died of stab wounds after sudden, vicious attacks that took place within kilometres of one another.

Idsinga says the most recent homicide took place on Saturday evening while 58-year-old Mohamed-Aslim Zafis was seated outside the mosque controlling entry to the building in order to comply with public health protocols.

Idsinga alleges a suspect fatally stabbed Zafis in the neck before fleeing the scene.

Idsinga says that while officers have not yet determined whether the same suspect is involved in both cases, investigators feel there are too many parallels to dismiss.

"If you look at the circumstances of both cases, they're both within a few kilometres of one another," he said in a telephone interview. "Both victims were stabbed, by all accounts blitz-type attacks on the victims. And both victims are brown-skinned males. There's some other angles that we're working on as well that I can't disclose yet, but ... it's certainly something we can't ignore. We've got to be cognizant of the possibility that they are connected."

Idsinga declined to say whether the same weapon was used in the two attacks.

He said no evidence currently suggests the incidents were hate-motivated, but said police remain open to that possibility. There's also nothing to indicate that Singh and Zafis knew each other, he added.

Any area residents who observe suspicious activity are encouraged to contact police immediately.

Idsinga said officers are currently looking for one suspect in Zafis's death, describing him as a man believed to be roughly five feet six inches tall and 130 pounds.

Zafis's death prompted a statement of condolence from the mosque where he both worked and worshipped.

Board members of the International Muslim Organization of Toronto said they're "deeply saddened and shocked" by what happened.

"We pray that our brother is in a better place. We ask you that you spend your time praying for him and his family in these testing times," the statement read.