Globalization is part of human nature: Can governments really control it? Should they try? 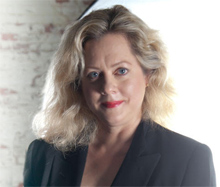 In recent years, and even more so in recent months, there is a cry around the world that globalization is dead, or soon will be. Nationalism has apparently become the new rage. It is as if economics are as flighty as the latest clothing style, or music album – every-changing as we seek the next ‘new’ thing.

However, although globalization may change in magnitude and popularity, it will not go away. Globalization has been with us in the form of the Silk Road, the Inca Roads, and nautical explorers going back thousands of years before the Common Era.

Globalization is quite simply the trading of goods, ideas, and people from one point in the world to another.

The desire to travel, explore, and trade has driven world empires, civilizations, nations and individuals. Trying to stamp out globalization today in the name of national pride, or the like, is like trying to control the ocean tides. Human nature leans toward adventure, exploration, and discovery.

It is also true that globalization has a long history of transporting not only goods and ideas, but illness and disease around the world. Earlier this year the editor of the NY Times Travel Magazine, H. Yanagihara, dedicated an issue to stories about the Silk Road, highlighting in one article how diseases were transmitted along this famous route.

“Over the course of the Silk Road’s operation, humanity had to face some of the worst illnesses in recorded history, from the Justinian plague of the sixth century to the Black Death of the 1340s to the global syphilis outbreak in 1495 to a tuberculosis epidemic in the 1500s to the second cholera pandemic of 1826.”

However, despite these diseases, as well as the wars that traveled the Silk Road, “…the road continued. Trade continued.” writes Yanagihara.

Historians and archeologists study globalization from the beginning of human history. The process of exchange of technology and ideas goes all the way back to the start of human communities.

As a center of civilization grew in Mesopotamia, foreign trade in materials for building and making things was key to its success.

We also see in history a continued theme of leaders of a civilization (priests, kings, rulers) who don’t want to see things change struggling against other members of their communities who embrace innovation and new ideas. There have been many fights for dominance and wars over the direction of globalization. Often, when the leader who did not want change won, the community grew weak and fragile.

This is playing out again today where leaders have been elected specifically to bring in change though, ironically, it is change to slow down or halt globalization. We see this, for instance, in populist elected leaders who tout nationalism ideas and blame globalization as the cause of any internal country woes.

Historically we can see some decisions that led directly to a change in a civilization. One example dates back to the Imperial China of the Ming and Qing dynasties. Beginning in the mid-1400s, a series of isolationist policies were embraced.  The emperors which had ships much larger and grander than elsewhere, chose to focus inward and slowed down overwater exploration and trade just when European countries were expanding the same. This left the country behind Europe in further technological development and innovation, and political and social reforms.

A contrasting example is that of China’s smaller neighbour, Japan. For centuries Japan was seen as a minor isolated power in the shadow of China’s big empire. With the Meiji Restoration of the late 19th century, however, the country’s government purposefully adopted an entirely new policy. Those in power saw the rise of industrialization and innovation around the world, and decided to boldly remodel their economic, political and trade systems, borrowing a lot from foreign nations. As a result, by the beginning of the 20th century, Japan came out as a military and industrial superpower that rivaled the US and Europe.

Where are we today? Are we at another crossroads of decisions that lead to change in the direction of globalization?

Has the human drive to trade and explore changed today? I don’t think so. I think what has changed is the tolerance in the level of complexity in globalization with things like our supply chains and manufacturing chains.

Perhaps having cars assembled in one location with parts made from dozens of different locations around the world, for example, has introduced too much uncertainty in the outcome. Actions like these that companies have taken over the years have also changed the workforce, which has directly led to high levels of personal family uncertainty for many individuals. This real life situation needs to be addressed, and not just through the rhetoric of blame.

Perhaps also spending lots of money and energy to constantly import food and clothing from around the world has lost favour. If we are to be cognizant of shipping costs and the energy needs to ship via oceangoing vessel or airplane, perhaps finding systems that don’t rely on such costs and needs is the better way forward.

On the other hand, with brick and mortar stores closed for the pandemic, many shoppers have found they like shopping online. Companies like Amazon have flourished while other stores have figured out how to ship their product and make online sales enjoyable for their customers.

Will we ever stop the sharing of ideas and people across nations and cultures? I don’t believe we will. If there is one thing that current isolation protocols have shown us, it is our intense need for human interactions, and this includes beyond our local communities.

In the near future, what globalization looks like may change a bit, but it will never go away. The question is how to approach globalization in a smart way that appreciates now and plans for the future.

Sabrina Zuniga, PhD is an entrepreneur and strategic analyst who specializes in political and social issues. She is a former educator and a founder of the think tank Truth and Consequences.