People are the economy: Lessons from BC’s COVID Recovery Plan 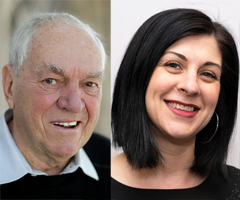 In an age of often deafening and confusing political rhetoric, the true nature of governments is laid bare through what they spent their money on. This past Thursday’s announcement by BC’s Premier John Horgan and Finance Minister Carole James of the “Stronger BC” economic recovery plan spoke volumes about the government’s priorities. At a time when other provinces are either starving the public education system of needed resources, or cutting services for the most vulnerable amongst us or using the pandemic as an excuse to stall progress on climate change mitigation, BC’s plan is a refreshing reminder of the difference that progressive governance can make.

Among the highlights of the recovery plan are new tax credits and grants for small and medium businesses, totaling $660 million in support, designed to help businesses grow, hire more workers, and adapt to the new realities of operating in a pandemic. BC businesses will now also be eligible for a rebate on the provincial sales tax for the purchase of new equipment, and any company that increases its payroll in the next three months will benefit from new tax credits as well, which is estimated to benefit 60,000 employers and approximately 80,000 jobs. Grants for small businesses were also included in Thursday’s announcement, with a special top up for tourism businesses which have been extremely hurt by COVID-19. The grants are estimated to protect more than 200,000 jobs.

In a creative move that demonstrates the BC government understands that there is no economic recovery without effectively managing the virus, as well as recognizing the key demographics that have been most negatively impacted by the economic shocks of this pandemic induced recession – namely women, service sector workers, and young people – the government has introduced fast-tracking of skills retraining programs, particularly for in demand positions in health care. Targeted at those in the hospitality industry who have lost their employment due to the pandemic, the skills retraining program will help accelerate the hiring of 7,000 front line health care workers.There is also dedicated funding to support enhanced food security and “buy local” programs, for skills training and economic development in Indigenous communities, to boost WIFI and connectivity in rural BC, and for wetlands conservation and wildfire protection. In conjunction with the federal government, the province has also included $1.62 billion for municipalities and transit in the recovery plan. Additional investment in infrastructure, building on the record infrastructure investment the government announced earlier this year, means capital projects in BC are now estimated to create 100,000 direct and indirect jobs over the life of the projects.

The plan provides support in a wide range of areas, both meeting urgent and immediate needs as well as investing in innovation and clean growth for economic resilience in the future. And while there will certainly be much more to do in the months and years ahead, there is no other province delivering this level of support to people.The “Stronger BC” plan makes good on some principles the government laid out earlier this summer that it promised would inform its COVID recovery approach: A commitment to equity, to reconciliation, and to the collective responsibility we have to each other and our communities; A recognition of the need for BC to become more self-sufficient, to build an innovative, creative, and low-carbon economy; and a real sense of urgency driven by the understanding that people are struggling and there is need for immediate bold action.

These imperatives of fairness, ambition and timely decision-making are what the majority of Canadians want to see enacted in the policy commitments from their governments.

Thus far, BC remains the only province who is putting these values into action.

There is no economic recovery without ensuring that people are safe and healthy. Though B.C is not through the pandemic yet, and there continue to be many challenges to the building of a more equitable future, Premier Horgan would appear to be doing his best to construct a recovery plan that makes good on his oft-repeated conviction that “people are the economy.”

Other provinces should take note.

Ed Broadbent and Maria Dobrinskaya are, respectively, the Chair and BC Director of the Broadbent Institute.