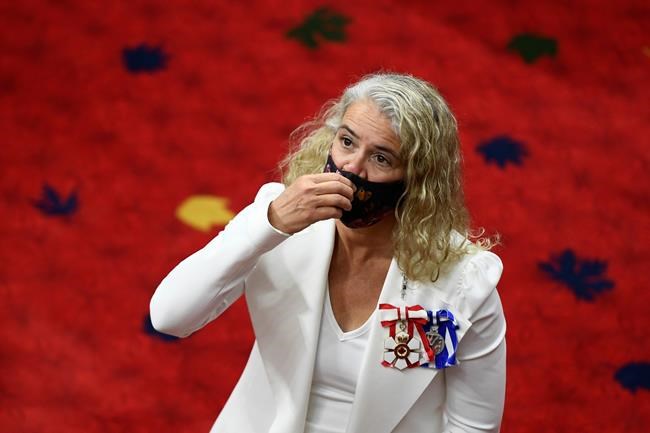 Ottawa—Buried in the government’s Sept. 24 policy speech was the repeat of a promise to compensate supply-managed farmers and processors for losses caused by three trade deals.

“The government will also ensure that those in Canada’s supply managed sectors receive full and fair compensation for recent trade agreements,” Gov-Gen Julie Payette said in the Throne Speech.

Dairy farmers have received an initial payment but no information on when the next might arrive. Poultry and egg farmers worked out a plan with government officials back in April 2019 and still don’t know when it might be acted on. Dairy and poultry processors are equally in the dark.

Asked about the farmers’ comments, Agriculture Minister Marie-Claude Bibeau said, “Our commitment to make available $1.75 billion over eight years for full and fair compensation to dairy producers is firm – including compensation this fiscal year.

The government remains fully committed to provide a promised $3.9 billion in compensation to poultry and egg producers and processors,” she said. “We are working diligently to ensure that further details can be announced as soon as possible and are aligned with priority areas identified by industry stakeholders.”
In a joint statement, Egg Farmers of Canada, Chicken Farmers of Canada, Turkey Farmers of Canada and Canadian Hatching Egg Producers welcomed the Throe Speech’s “reaffirmed commitment to launch programs and initiatives to mitigate the impact of recent trade agreements on our farmers. We are also pleased to see the acknowledgement of the important role of farmers in feeding Canadians.

“Honouring the commitment to offer full and fair support to supply-managed farmers will help ensure the long-term sustainability and competitiveness of our sectors,” they said. The financial aid will be critical in helping farmers navigate the unprecedented the European, Pacific and CUSMA trade deals and the challenges brought on by the pandemic.

“While we appreciate the government’s repeated and vocal support, we look forward to concrete plans and clear timelines to implement these trade mitigation support measures. call upon the federal government to build on the joint government-industry working group recommendations from April 2019 and immediately honour and implement this commitment.”

Pierre Lampron, President of Diary Farmers of Canada, said the repeated promise of compensation for dairy farmers for the import access concessions made under the last three trade agreements is important. “When every year, you lose $450 million in domestic production being transferred to foreign dairy farmers, words aren’t enough – only when we see details will we know if a promise made is a promise kept.

“By 2024, 18 per cent of our domestic dairy production will be outsourced to foreign dairy farmers, who will supply the milk for imported dairy products that will find their way onto Canadian supermarket shelves,” he said. “By supporting its dairy farming families, the federal government would send a clear signal that they have heard Canadians when it comes to the issue of food security and sovereignty.”

Jean-Michel Laurin, President and CEO of the Canadian Egg and Poultry Processors Council, said his members are “still in a holding pattern on this issue and are awaiting details, likely in the next budget.”

Dairy Processors Association of Canada said, “We’ve been told a number of times that help was coming; it’s always the same line with a new date such as later this month, later this summer or after the election. The last actual commitment was made last summer, it’s been close to radio silence since.”

While the government did mention fair and full compensation for supply managed sectors impacted by trade, “dairy processors didn’t necessarily get too excited about it, we’ve heard it before.”

Bibeau said the government has already invested $100 million in the Dairy Processing Investment Fund and will provide additional aid in response to the CUSMA deal. “Because of COVID-19, we prioritized across government the need to provide timely assistance to those in need. To help dairy farmers deal with surpluses, we increased the borrowing capacity of the Canadian Dairy Commission by $200 million.”