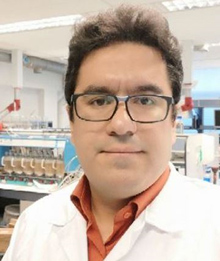 Over the past seven months, as the world has been dramatically affected by the COVID-19 outbreak, researchers and innovators around the globe have turned their focus to critical aspects of the fight against this dangerous virus.  Prevention techniques, therapeutic options and vaccine development have been the preoccupation of most of the research.

As a PhD researcher, I was invited by a Canadian company – ZEN Graphene Solutions (ZEN) – to participate in an effort aimed at improving the safety of personal protective equipment.  The urgency of this mission was not lost on any of us given the high number of doctors and nurses that were becoming infected, despite taking all available precautions.  According to an Amnesty International report in September, over 7,000 front line medical workers worldwide have succumbed to COVID-19.

With this grim reality in our minds, the research team at our laboratory in Guelph, Ontario began working to combine silver nano particles and graphene oxide in an effort to improve the safety of masks used by front line workers.  (For the uninitiated, graphene is a wonder material of the 21st century that was discovered by scientists at the University of Manchester in 2004.  This two-dimensional form of carbon was deemed so important by the scientific community that a Nobel prize was awarded for its discovery.  ZEN’s management believed that, given its versatility, graphene might have a role to play in the COVID-19 fight.)

After developing the compound in our lab, we tested it against the COVID-19 virus at Western University’s level 3 ImPaKt Center.  Early results showed promise.  After a number of iterations, we developed a formulation which was used to treat polypropylene fabric from a mask.  The first test showed that the mask killed over 99% of the virus with which it came into contact. These very encouraging preliminary results were confirmed a month later as a different swatch from the same mask eradicated 99% of the virus.  (ZEN has since patented the formula for this silver graphene material and recently announced the results publicly.)

The silver and graphene oxide formulation works so effectively because the COVID-19 virus is being attacked with active agents that are the same size and even smaller than the virus itself.  The virus attaches to the graphene oxide and at the same time the nano silver particles that are embedded in the graphene attack the virus.  When combined, the graphene and silver is a nano killer that simultaneously attracts and then destroys the virus.

It is important to note that the nano-coating developed by our research team can be applied not just to protective devices for front line workers (such as N95 masks), but also to air filters in hospitals, schools, airplanes, cruise ships, office buildings, malls, libraries, elevators, etc.  Reducing the airborne virus in these and other confined spaces could prove to be a key turning point in the fight against the spread of COVID-19.

The success culminating from the thousands of hours invested in the research and development have led ZEN to ramp up production of the ‘virucidal ink’ and pursue collaborations with industrial partners who are best situated to develop and bring to market the various filtration products whose effectiveness can be enhanced with the application of a coating of this nano killer agent.

Governments around the world have been supporting measures aimed at developing therapeutics and slowing the spread of the coronavirus.  This ground-breaking discovery could be a game-changer, especially, in the short-term, for the front-line workers in the healthcare sector.  Given this, after taking appropriate steps to confirm the virucidal ink’s effectiveness through independent verification, governments should move swiftly to introduce new standards for medical-use masks and air filtration systems that incorporate coatings of this compound.  Mandating the application of this virus killer compound to masks as well as to air filters in hospitals, schools, ships and other confined spaces will save lives and contribute to bringing this pandemic to an earlier conclusion.

Arash Haddadi is a Postdoctoral Fellow at the University of British Columbia and a MITACS Elevate Fellow at ZEN Graphene Solutions.  He has a PhD in Chemical Engineering with extensive background in Nanomaterials synthesis and functionalization.