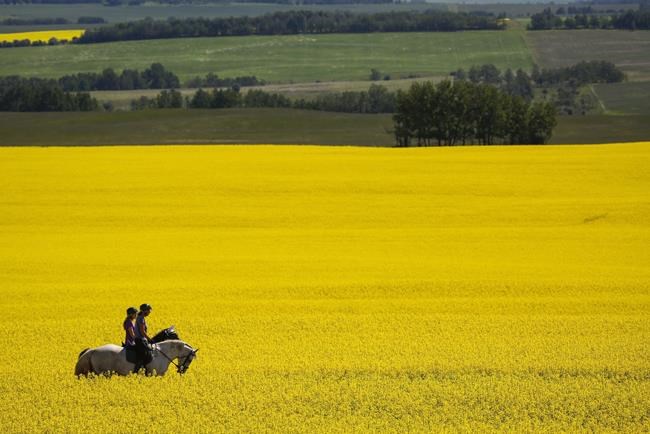 The current system is intended to ensure the health and safety of consumers and encourage innovation. “But the devil is in the details – and in this case, the implementation,” Hubert said.

The USDA is working on an update of its biotechnology innovation and gene editing regulations and Canadian agrifood groups want the federal government to keep pace.

That work should include modernizing plant-breeding regulations to define “a truly product-based approach to regulation that provides clarity around novelty and is commensurate with real risk.”

Canada could be a model for the rest of the word in regulate new such as gene editing technologies whose developers won a Nobel Prize for their work in early October.

Hubert said it’s been 25 years since the first GMO crop was planted. While the technology has critics, “this innovation has largely been celebrated by the agricultural community for its environmental benefits, its contribution to the farmers’ livelihoods and the economy, and for its contributions to advancing food security.”

There are ever-expanding possibilities for developing new crops that meet the needs of farmers, consumers and the environment, she said. What government should do is continue to focus on the characteristics of final plant product, not the breeding process used to develop it, which is what may countries do.

The Canadian approach is considered by experts and innovators as more scientifically sound and appropriate given the very low level of risk involved, she said. “The evidence we’ve seen over the last 25 years has confirmed the safety of GMOs and the lack of inherent risk that any individual breeding technique in and of itself presents. Canada clearly got it right in developing a product-based framework.”

However, Canada’s implementation “of the product-based approach to regulating plant breeding has not actually been all that different to the process-based approach taken by much of the rest of the world,” she said. “The types and number of products assessed, over 100 GMOs, and their respective safety assessments, have largely been the same.”

The Canadian approach looks for the presence of a characteristic significantly outside the anticipated range for the species and this creates a challenge in providing clear guidance, she said. As a result, “Canada has been the only country in the world to require additional safety assessments for products of conventional breeding.

“Not only has this has led to confusion and uncertainty among innovators over what the requirements are for a product-based system and how they differ from process-based systems, it has also created an unintentional roadblock to innovation for products of conventional breeding, with no additional benefit for Canadians in terms of safety.”

To confirm the breeding process has not negatively impacted the new plant “often makes up the bulk of the assessment and is the most labour-intensive part of the submission including extensive field testing of agronomic and compositional characteristics. Moreover, these studies have never detected any meaningful differences.

“Applying this part of the risk assessment is at odds with the founding principles of a product-based system and undermines the long track record of safety of conventionally bred plants,” she said.