More Canadians planning to continue living at home as they age, survey suggests 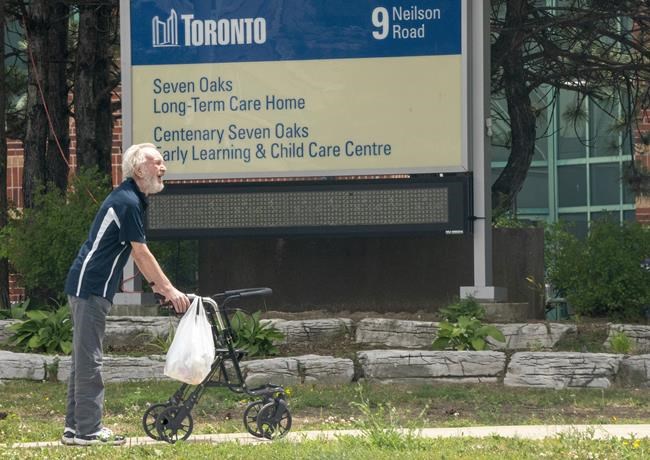 TORONTO — A new survey suggests the COVID-19 pandemic has the majority of Canadians re-thinking how — and where — they want to spend their golden years.

The National Institute on Ageing at Toronto's Ryerson University conducted an online survey of 1,517 Canadians aged 18 and over in late July.

Sixty per cent of respondents said the COVID-19 pandemic had changed their opinion on whether they’d arrange for themselves or an older loved one to live in a nursing or retirement home. The number climbed to 70 per cent for respondents aged 65 and older.

Ninety-one per cent of respondents said they would try "to live safely and independently in their own home as long as possible." For those over 65, the number was nearly 100 per cent.

Dr. Samir Sinha, the director of health policy research at the institute that conducted the survey, said the pandemic has given Canadians a glimpse at what their future long-term care could look like.

"I think it's really given people a bit of a reality check to say, 'Maybe those aren't the safest environments for me to be in,'" he said.

According to the institute's tabulation of provincial data, more than three quarters of all deaths from COVID-19 in Canada have been among residents of long-term care homes.

Sinha pointed to another recent survey that suggested the vast majority of Canadians were aware of the deaths in long-term care. That poll, released in May by the National Union of Public and General Employees, found that just nine per cent of respondents had heard "little" about the deaths.

With such widespread knowledge of the ongoing tragedy, Sinha said it's no wonder people are reconsidering their options.

"Right now, what Canadians are telling us is that 'I don't want to go into a retirement or nursing home,'" Sinha said.

However, the Ryerson survey also suggests the majority of Canadians are not prepared, financially or otherwise, to care for an aging loved one at home.

"It does show a big disconnect," Sinha said.

Sinha applauded the federal government for recognizing the importance of unpaid caregivers, citing a new benefit that came into effect this week.

The federal government anticipates 700,000 Canadians will apply for the caregiver benefit.

Sinha said that estimate hints at the number of people who need more support.

"It really reminds us that millions of Canadians are providing unpaid care," he said.

This report by The Canadian Press was first published Oct. 14, 2020.