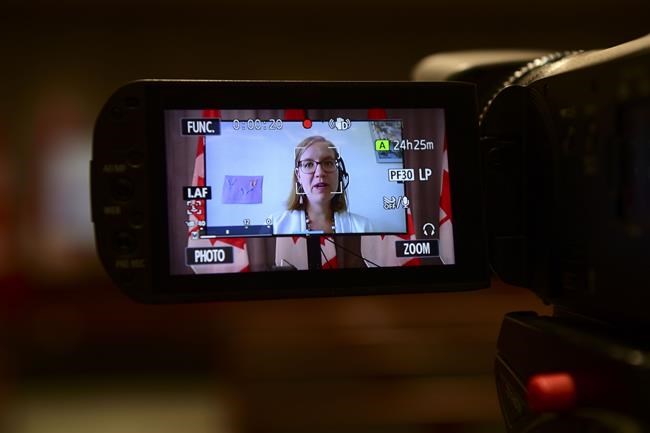 Victor Madrigal-Borloz, the UN Independent Expert on Sexual Orientation and Gender Identity, told The Canadian Press that bills such as the one tabled by the federal Liberals earlier this month are one of the most effective ways to protect and advance LGBTQ2 rights.

The bill aims to ban so-called conversion therapy, which involves forcing a person into therapy against their will.

Among other things, the bill would make it illegal to profit from providing conversion therapy or to advertise it.

Madrigal-Borloz said governments have a variety of options for stopping conversion therapy, including banning it at the practitioner level of psychologists, physicians and individual agencies.

"In some cases, you have blanket bans, which is I think, as close to what Canada is getting to," said Madrigal-Borloz.

"I find that this type of more encompassing disposition is probably the very best when it comes to the practices that I've seen around the world.

"These will have an impact in Canada but will also have a global impact when it comes to practices of other states that are currently having that discussion."

The bill has the support of Canada's main political leaders, but new Conservative Leader Erin O’Toole has accused the government of introducing a divisive piece of legislation just as he was taking over the party.

Some Conservative MPs have vocally opposed an earlier version of the bill, while one of O’Toole's leadership opponents, MP Derek Sloan, said it amounts to "effectively putting into law child abuse."

Madrigal-Borloz declined to specifically comment on Sloan's view but said the politicization of LGBTQ2 issues for political gain is nothing new.

Madrigal-Borloz said it is his job to examine how violence and discrimination manifests itself in the experiences of lesbian, gay, bisexual, trans and otherwise gender diverse people and to advise states on what they can do to end it.

"I use real examples of real states that are actually working on these issues, to bring about what has been proven to work in other contexts," he said.

In the case of the proposed Canadian law, he said, "those practices and those parallels can be drawn to inspire other states."

Gould reiterated Canada's $30-million commitment to support LGBTQ2 rights from 2019 to 2024. She announced that some of that money would go toward a new fund to help international organizations address LGBTQ2 issues in developing countries.

Gould said it was important to help build the capacity of Canadian and local organizations.

This report by The Canadian Press was first published Oct. 21, 2020