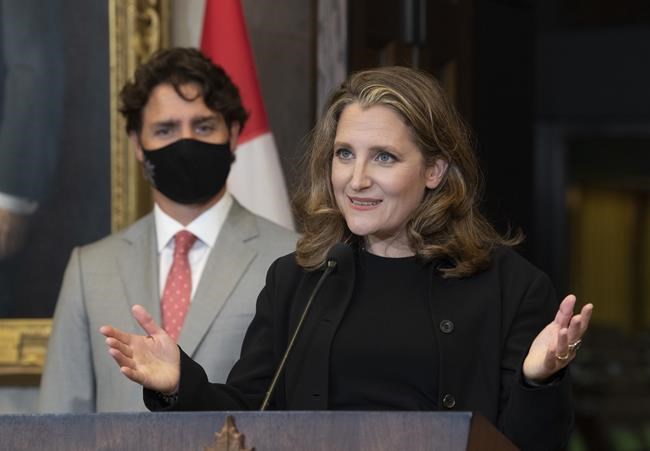 OTTAWA — Newly released documents show Finance Department officials calculated that workers near the bottom of the income ladder are dinged hardest for extra earnings than anybody else, including those at the top.

Understanding who loses more from earning more, and what federal programs are involved "can guide the development of approaches to ease the burden … and encourage additional work," officials wrote in the documents.

Paying more in taxes was the culprit for those making the most, while those near the bottom faced a double-whammy of taxes and drops in income-tested benefits, such as the Canada Child Benefit.

Overall, the country’s 19 million workers would have lost, on average, $341 for each $1,000 boost in their earnings based on the 2017 data the paper relied on, but the burden was heavier for workers with children.

Officials noted that being not much better off, or faring even worse, after a boost in earnings could be a disincentive for taking extra work for those employed, and could keep others out of the job market.

The latter situation was one the documents describe as particularly pronounced for "secondary earners." Those are people who make less money than their partners — usually women.

The Canadian Press obtained a copy of the reports and associated briefing note through the Access to Information Act.

The reports delivered in early November, days after the federal election that saw the Liberals returned to power with a minority in the House of Commons, came as the public service was trying to solve a suite of issues facing an aging workforce.

Experts who reviewed the document suggested the findings could help guide federal efforts now as the Liberals attempt to massage taxes and pandemic-related benefits.

Elliot Hughes, who was a tax-policy adviser to former finance minister Bill Morneau, said a sweeping review of the tax system seems like a must to see how the country can make sure those who need support get it, while also not creating disincentives to work.

It's politically problematic, and likely would take two years to get done, Hughes said, but "I don’t know how you avoid one now."

"COVID, and all of the benefits that have been added in, and all of the challenges that COVID has exposed or accelerated makes a review of taxes and support and benefit programs … even more important than ever," said Hughes, now at Summa Strategies.

Talwar Kapoor also said that any conversation about taxes and benefits needs to consider other issues that affect work decisions, such as the cost of child care, gaining access to dental benefits through an employer's plan, or whether the job itself is appealing.

"A number of factors matter when people decide whether they're going to work or not, and whether government design fits public policy," she said.

"I'm worried that in absence of really thinking of good jobs, we often default to decrease the benefits provided without thinking about the impact that it has on people over the longer term."

This report by The Canadian Press was first published Oct. 25, 2020.