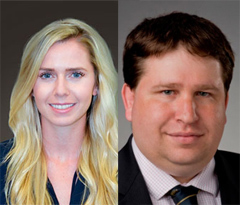 The Kenney government will release a three-year fiscal update later this month, and will be tempted to blame Alberta’s fiscal challenges on COVID-19. While the COVID-induced recession has certainly contributed to the province’s eye-popping budget deficit—projected to be $24.2 billion (2020/21)—and rapid debt accumulation, it represents a relatively small part of Alberta’s fiscal problems. In reality, Alberta’s finances were unsustainable long before the pandemic hit.

To understand the full extent of Alberta’s fiscal challenges, we must look beyond the COVID shock and consider what’s happening over the longer-term.

First, let’s define the concept of “sustainability” as it’s understood by government finance economists. To simplify somewhat, a government’s current policies are considered sustainable if they result in a jurisdiction’s debt-to-GDP ratio staying flat or declining with time. If that ratio is on track to keep growing, finances are considered unsustainable.

A recent analysis, which projects Alberta’s debt-to-GDP ratio over time (based on Alberta’s fiscal position in 2018, pre-COVID, using reasonable assumptions and current policy), finds that Alberta’s finances are not sustainable and that its government debt burden will grow over time.

Specifically, the analysis shows Alberta has the largest “fiscal gap” of any large province. This means that (unless it wishes to raise taxes) the Alberta government must significantly reduce spending relative to the size of the economy in the years ahead.

Of course, the government is not going to achieve the work of restoring Alberta’s finances in any single year, but this figure gives a sense of the scale of the challenge ahead.

If Alberta does not make an effort to eliminate its deficit and restore provincial finances to sustainability, future generations will pay the price for today’s debt accumulation via government debt interest payments. Growing debt charges would consume resources otherwise available for priorities including health care, education and pro-growth tax relief. Debt interest payments already consume $2.5 billion this year and, all else equal, that number will grow if the province keeps piling up more debt.

The COVID shock has caused an increase in government debt, but in reality, it’s only a very small part of a much longer-running and larger-scale fiscal problem in Alberta. Provincial finances were unsustainable before the COVID recession, and will remain so after until the government presents and executes a plan to prevent the rapid accumulation of government debt over the long-term.

Tegan Hill and Ben Eisen are economists at the Fraser Institute.