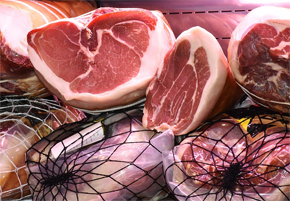 Resolving disputes with the EU takes longer than it should.

Ottawa—While there are signs of progress in overcoming European obstacles to Canadian agrifood shipments, Ottawa will have to keep the pressure on, says veteran trade negotiator Steve Verheul.

Pork and beef shipments still face the most difficulties under the three-year old free trade with the European Union, said Verheul, assistant deputy trade minister and the chief negotiator for the new North American trade deal.

“When it comes to pork and beef in particular, we still have a bit of a challenge in finding the right way to get into the EU market,” he told the Commons international trade committee. “We are making progress on all of these issues. It’s much slower than what we’d like to have, but we are getting there.”

Conservative MP Ben Lobb from Huron-Bruce said the EU requirement that every container load of pork tested for trichinella is adding to the delays.

Verheul said that was the most significant holdup currently. “Until we can demonstrate that we don’t have this in Canada, it’s going to be a bit of a challenge to assure the EU that this is not going to be an issue with our bilateral trade. That is another issue we’re working on. Unfortunately, these issues always take longer than we think they should with the EU.”

The solution is to assure “the EU that we don’t need those kinds of tests because we will have taken the necessary steps within Canada, before the product is shipped to the EU, to an extent where we can assure them that it’s just not an issue.”

Lobb said the European trade deal was supposed to lead to $400 million worth of pork shipments to Europe annually but they’ve only reached $7 million. Beef, which was expected to reach $600 million in exports, has similar problems.

“We actually have a red meat trade deficit with the European Union, which is completely baffling, to my mind.…We were worried about a problem with cheese from France and Italy, and here we are getting blown out on beef and pork.”

Verheul said Canada has “to continue working with our own industry on our side to make sure we’re taking the necessary steps to meet the conditions that are required to enter the European Union. It’s a bit of work with the EU, but it’s also a bit of work with our own production. The EU has very specific requirements for getting into their market. We’re not able to change those very easily, so to some extent we have to meet those requirements. That does require some changes in certain production practices on our side.”

The Canadian Agri-Food Trade Alliance says the European deal has been frustrating for exporters. “Canada’s exports to the EU are far below what was promised precisely because these barriers are impeding trade.

“Canada’s agri-food sector can help drive Canada’s economic recovery forward. However, for us to do so, we must ensure our trade agreements are implemented and enforced effectively.”