Bloc to promote bill on French-language proficiency for new citizens 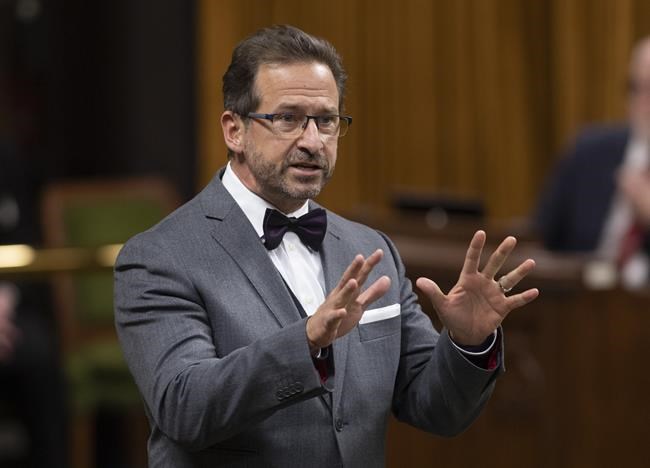 OTTAWA — The Bloc Québécois will get to debate a bill Thursday that would require anyone applying for Canadian citizenship in Quebec to demonstrate functional proficiency in French.

Bloc Leader Yves-François Blanchet says that familiarity with the official language of Quebec is essential amid what he calls an ongoing threat to the mother tongue of most Quebecers.

Currently, most applicants must demonstrate a professional proficiency in either English or French to qualify for citizenship, but a private member's bill  Bloc MP Sylvie Bérubé introduced last winter would change that to require French for immigrants who have settled in Quebec.

The chance to debate the legislation comes after Montreal Liberal MP Emmanuella Lambropoulos told the House of Commons official languages committee last week that she was skeptical that French really is in decline in Quebec, once putting air quotes around the word "decline" as she spoke.

"I'd have to see proof in order to believe that," she said.

She reversed her comments after a social media backlash, saying in a statement Saturday her remarks were "insensitive," that French is in decline and that she hopes to find ways to protect it.

Blanchet says some Liberals threw Lambropoulos "under the bus" in calling her out for her initial remarks, and suggested the governing party was hypocritical in its professed concern for the state of the French language.

This report by The Canadian Press was first published Nov. 18, 2020.