Liberal MP took too long with ethics disclosure, ought to apologize in Commons: Dion 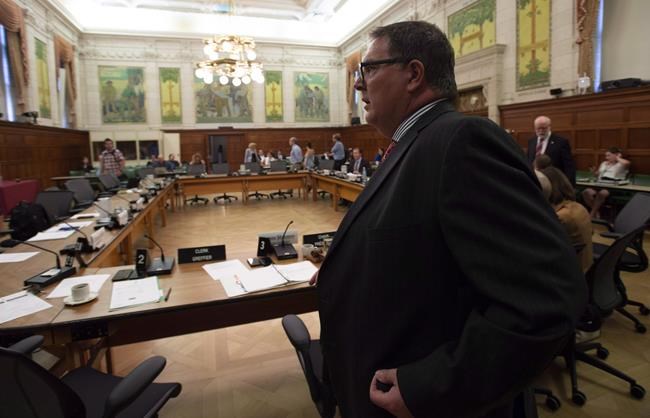 OTTAWA — The federal ethics watchdog said Thursday a Liberal MP broke the rules when he took far too long to comply with the conflict of interest code.

Now, Toronto-area MP James Maloney is being told to apologize to the House of Commons for the breach.

All MPs must disclose to the ethics commissioner their private interests and those of their family members within 60 days of being elected.

Ethics commissioner Mario Dion says Maloney took months and only formally completed the process after he was contacted by a journalist in August.

Maloney told Dion that the delay was partially due to a misunderstanding of what information was needed but also that the demands of the COVID-19 pandemic kept him too busy.

Dion says his office allowed some flexibility for the pandemic, and had also granted Maloney an extension, but he still took too long to submit the information.

Dion's office says requiring that Maloney apologize — a final determination on that would be up to the House of Commons itself — marks the first time a sanction has been levied for a member failing to comply with the code.

"Having considered Mr. Maloney's disregard for his postelection obligations under the Code, I recommend that the House require Mr. Maloney to apologize to it for having failed to fulfil his obligations as a Member in the context of his initial compliance process under the Code," Dion said in his report, released Thursday.

In his own statement, posted to social media, Maloney said he does intend to apologize in the Commons, and he also apologized online.

He said while over his career as a lawyer and MP he has always taken his ethical obligations seriously, he accepts the commissioner's findings.

"It was not my intention to withhold any information," he said.

This report by The Canadian Press was first published Nov. 19 2020.