To reinvent New Brunswick’s future, focus on the past 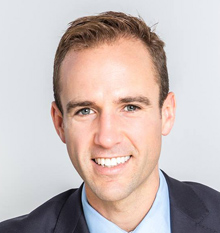 Since reality of the pandemic sunk in last spring, leading economic development, business and community development organizations from across the province have looked at COVID-19 as the opportunity to reimagine New Brunswick in the post-pandemic world.

Decidedly, this is the moment to design a sustainable roadmap for economic and social growth as New Brunswick emerges from the pandemic.

While the recent Speech from the Throne offered a similar tone, with the provincial government proclaiming this a time to “Reinvent New Brunswick”, one key ingredient in the recipe for a strong post-pandemic New Brunswick was strikingly absent.

In a province plagued by labour shortages and lacking the skilled workers to fill them, reimagination and reinvention means tackling our population and labour force issues head on. Especially as we stare down the realities of a rapidly aging population, a historically low birth rate, and high levels of youth out-migration.

New Brunswick cannot continue to rely on Ottawa’s injection of cash—whether ever-growing transfer payment into provincial coffers or extraordinary pandemic relief dollars into the pockets of New Brunswicker—to define a modest rebound and recovery from COVID-19.

We need an immediate and generational focus on population growth through immigration.

We can all agree that energizing the private sector is vital. It is simply unsustainable to maintain such a significant public sector percentage of our total workforce.

But without an injection of people—skilled workers, labourers, and their families—to fill any new private sector jobs, let alone the litany of current vacancies—on our current trajectory, it is estimated that 120,000 jobs will go unfilled over the next decade—the throne speech priorities are no more than words on a piece of paper.

Want to build vibrant and sustainable communities? Populate them with more people. Need a healthcare system that can sustain an elderly population? Tax-paying workers are a must.

We cannot keep schools open and build a world-class education system without more children, and we are not having enough on our own.

Forget optimizing the operations of government and making the appropriate investments in our environment.

Given our pressing need for more people, it was surprising that immigration received but glancing reference. The provincial government must do more than meekly signal that they want to welcome 7,500 newcomers each year, and up to 10,000 by 2027.

They must champion the cause and seek to enhance the commitment.

Reimagining and reinventing our economic future will take more than words and intentions. It will require a strategic plan and political determination to increase our population by bringing more people to this province, putting them to work, and making them feel comfortable in their new home.

Fortunately, the model for this reimagination and reinvention already exists.

Recall, that before the spring lockdown, our population and workforce were on the uptick. Our economy was building momentum, and New Brunswick job seekers were the beneficiaries.

We were on the right track pre-pandemic, and the key ingredient was immigration.

In 2019, New Brunswick recorded its largest population increase since 1975 and the economy was continuing a six-year upswing. Last year, we welcomed a record 6,000 immigrants.

In 2013—only six years earlier—our population was shrinking, and our economy had stalled. New Brunswick admitted only 2,000 immigrants that year.

Between 2013 and 2019, a 300% increase in immigration led to steady population growth, full-time job growth, and a growing the provincial economy.

Yes, it started with the influx of Syrian refugees. But, so too responsible, was a 2016 increase in economic immigrants through the Provincial Nominee Program.

Notably, the real reimagination took place in 2017, when the federal Liberal government listened to the business community and launched the Atlantic Immigration Pilot (AIP)—an employer-led initiative to fast-track the entry of skilled workers to fill positions for which Canadian citizens and permanent residents were not available.

Since the launch of the AIP, skilled immigrant workers and their families have come to New Brunswick in record numbers—some 4,600 immigrants in 2018, and a record 6,000 in 2019.

The economic impact was clear. Skilled workers coming to New Brunswick through the AIP earned an average salary of $60,000—adding $21 million per year to the provincial economy.

As experienced by other jurisdictions in Canada and around the world, this focus on immigration in New Brunswick drove economic growth and created jobs.

But, in fact, our entire history as a province illustrates this clearly.

Remember, we were born as a province out of immigration—in 1784, as a place of refuge for those fleeing the social and cultural upheaval brought on by the American Revolution.

The periods of greatest economic growth in New Brunswick have been periods marked by great population growth due to large-scale immigration.

For example, between 1815 and 1860, New Brunswick’s population rose 500%—from about 50,000 to more than 250,000. Saint John became the third largest centre in British North America! Newcomers from the British Isles, Ireland, and elsewhere risked their lives to come to New Brunswick and spur on the burgeoning timber trade and shipbuilding industry of the day.

We need only think back to the ill-guided and short-lived ban on migrant workers this spring—fish-plant owners and farmers deemed their operations dysfunctional with them—to recognize how vital the immigrant workforce continues to be to the New Brunswick economy.

If we want to reimagine and reinvent our future, we must take heed of the lessons from our past.

We must reverse the precipitous drop in immigration caused by the pandemic—a 62% decline from April to June 2020 across Atlantic Canada, as compared to the same time frame last year—and return to the four years of record population growth that characterized the 2015 to 2019 period.

To be clear, placing the health and safety of New Brunswickers at the forefront of all decisions should remain the priority of all governments. Closing our borders may have helped keep New Brunswickers safe. But, as the Premier says, we must quickly pivot, and go back to the future to ensure an economic recovery and reinvention.

The federal government has offered its commitment and partnership to the province to increase immigration levels to drive the economic renewal over the next three years. They continue to be the strongest champions for immigration in Canada.

The New Brunswick government should leverage this commitment with more than mere perfunctory words, and, in fact, seek to enhance it.

Ensure international students can find a permanent home in New Brunswick. Extend that same permanency to the many temporary workers who have put themselves at risk on the front lines of the pandemic, caring for us and ensuring our food security.

And bring more people here. Our current and future labour needs require it.

We must stand together to get this done. We must ensure that anti-immigrant sentiment is called out. We must demand the end to the harmful rhetoric that labels immigrants as job stealers. It’s simply not true. In fact, the opposite has been proven time and time again to be the case.

Use the lessons of our past to our reimagine and reinvent our future.

An immediate and generational focus on immigration can create the reimagined future that provides opportunities for us all.

Matt DeCourcey is a Senior Fellow with the Pearson Centre for Progressive Policy. He is the former Member of Parliament for Fredericton and Parliamentary Secretary to the Minister of Immigration, Refugees and Citizenship.