Trump a lesson for politicians, says Kellie Leitch, the Tory MP once compared to him 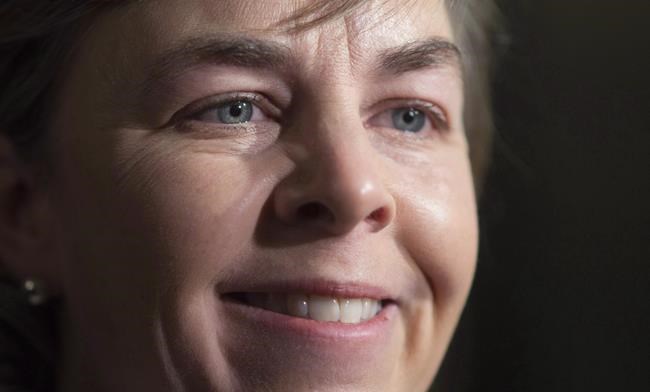 OTTAWA — Kellie Leitch, the former Conservative MP once accused of trying to be Canada's Donald Trump, says there is a lesson for all politicians in how well Trump did in this month's U.S. presidential election:

Learn how to clearly communicate to the people you want to reach.

It's a lesson Leitch said she learned the hard way, blaming the controversy she caused during her failed Conservative leadership bid not on her ideas, but on her failure to explain them.

In a lengthy interview with The Canadian Press, Leitch said she has no regrets about how she ran her campaign, nor about her proposal to screen immigrants for Canadian values — the policy that prompted accusations she was blatantly trying to be Trump.

"My campaign talked about certain issues, I wish they were communicated differently," she said.

Leitch was running for the Tory leadership at the same time as Trump was seeking the nod south of the border to be the Republican candidate for president. He would go on to win the nomination and the 2016 presidential election.

With Canadians largely opposed to some of Trump's more controversial ideas, including one for "extreme vetting of newcomers," Leitch was fiercely attacked, including by members of her own party, when she proposed screening immigrants for Canadian values

She suggested she became merely a "punching bag" for Trump's positions, and her own were simply badly communicated.

She declined to discuss how she arrived at running on those themes — during the race, it was pointed out by several of her caucus colleagues that she'd never spoken up on those issues while serving in cabinet. She said she isn't yet ready to get into detail about her choices.

Leitch ultimately finished sixth in the contest, won by Andrew Scheer in May 2017.

Before entering elected office in 2011, and even while an MP, she also worked as a pediatric orthopedic surgeon. After losing the leadership race, she declared her intention to return to that work and leave politics.

Trump lost his bid for re-election earlier this month but still captured 47.3 per cent of the vote. In the U.S., many tongues are wagging now about what Trump's fate might be next and also what will become of those who were most loyal to him during his often polarizing tenure.

For Leitch, the transition to private life did not go smoothly.

As parents and their children entered her clinics, she found herself dragged into discussions about her political views. In the interview, she at first said the interactions were positive, but when pressed acknowledged it was not always the case.

For parents to be concerned she had an "agenda" was not in the best interests of the children she wanted to help, Leitch said.

"It was beyond disruptive," she said.

"For me personally, it was very uncomfortable. And I can't imagine what it was like for the child."

So, after encouragement from Canadian colleagues and after canvassing available jobs elsewhere, she settled on accepting a job as chief of pediatric orthopedic surgery at the children's hospital of Mississippi and moved there last spring.

Leitch said she's put much of politics behind her, though remains a card-carrying member of the Conservative party and did vote in the recent leadership election, though she wouldn't say for whom. O'Toole, whom she ran against in 2017, won that contest.

She also wouldn't say whether — if she could — she would have cast a ballot for Trump.

Mixing "church and state" got her in trouble with her professional career in Canada and she doesn't want to repeat the problem in her work in the U.S., she said.

Mississippi has been staunchly Republican for years and remained so in the recent elections despite a massive push by Democrats to mobilize the Black vote, which represents nearly 40 per cent of the state.

State laws, however, place numerous barriers before Black voters, and are widely understood to be the reason there have only been a handful of Black politicians elected at the state level in decades.

Leitch said among her colleagues — including Black nurses, technologists and others — Trump's popularity is a reflection of a failure of politicians in previous years to speak directly to those feeling abandoned.

"Rightly or wrongly, Trump stepped forward and spoke to them and promised to help them. And they believed him, because he could communicate so clearly with them," she said.

"And I think the current president, future presidents, conservative leaders in Canada, who don't keep this in mind, being able to clearly communicate with the average person, really do it at their peril."