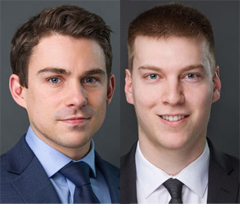 More important than this year’s deficit, however, are the long-term fiscal challenges looming over the province. The Parliamentary Budget Officer (PBO) recently released an updated report on the sustainability of provincial finances. The results are concerning.

Unfortunately, according to the PBO, New Brunswick’s finances are not sustainable, with a “fiscal gap” equal to 0.6 per cent of the provincial economy. Put differently, the provincial government would either need to raise revenue or cut spending by this amount (on a permanent basis) to achieve long-term sustainability.

To put the fiscal gap in perspective, this number represents a permanent reduction in annual government program spending of approximately 2.3 per cent or $223 million. In the last budget before the pandemic (2019-20), Finance Minister Ernie Steeves emphasized sustainability as a core objective. That budget expected a third consecutive operating surplus and the first reduction to net debt in more than a decade.

Of course, circumstances have changed significantly since then and the province once again faces a budget deficit. While the pandemic may be far from over, a return to this pre-pandemic policy trajectory can help bring sustainability to provincial finances.

Post-COVID, to begin reducing the debt-to-GDP ratio, the Higgs government should reduce the size of the provincial government, as a decrease in spending will help slow debt accumulation. A smaller government also has less adverse effects on economic growth, which could enhance revenue generation.

This is especially important considering that economic growth is expected to be low in coming years, which is a large reason why New Brunswick is on an unsustainable fiscal track. Indeed, the province has experienced lower growth than the national average in recent years, which has hindered the province’s ability to balance its budget and generate revenue.

If New Brunswick does not restore provincial finances to sustainability, future generations will pay the price for today’s debt accumulation in the form of interest payments on government debt. A rising price tag for debt interest would consume resources otherwise available for priorities including health care, education and pro-growth tax relief. Debt interest payments will already consume an estimated $655 million this year and, all else equal, that number will grow if the province keeps piling up debt.

Clearly, unless the provincial government develops a credible long-term plan to restore fiscal sustainability, future generations of New Brunswickers will pay the price.

Alex Whalen and Jake Fuss are analysts at the Fraser Institute.