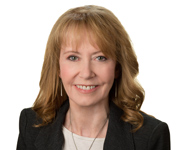 In response to COVID-19, Canada’s innovative pharmaceutical companies are collaborating as never before to find medicines to treat those infected with the virus, and vaccines to stop its spread. Thanks in part to this unprecedented level of activity, we have been greeted in recent days by news of potentially effective vaccines on the horizon. This gives us some hope, in the face of rising infection and hospitalization rates, for an eventual social and economic recovery.

But what if Canadians were unable to access promising new medicines or vaccines? This is more than an abstract question. If Health Canada proceeds to implement its changes to the Patented Medicine Prices Review Board (PMPRB)’s Regulations on January 1, 2021, Canadians’ access to innovative new treatments will indeed be at risk. Similarly, the number of clinical trials in Canada will decline, and global investment in our life sciences sector will decrease. In fact, even the prospect of the Regulations coming into force is having a measurable and negative impact.

Patients are also having to wait longer to access new drugs. According to research conducted by IMC and Life Sciences Ontario (LSO), 42% of drugs with Health Canada approval are experiencing a delayed launch of more than six months, compared with the three previous years.

This should not be happening in a country like Canada, particularly in the middle of the worst public health crisis of our lifetime. It is not for lack of effort on the part of industry, patient groups and others, either. For more than four years, Canada’s innovative pharmaceutical industry has highlighted the negative impacts that the proposed changes will have. Fortunately, there is still time to choose a better path forward.

In this regard, and on behalf of our members, IMC has proposed an alternative approach to the federal government’s that would allow it to achieve its public policy objectives without undermining patient access to potentially life-saving medicines, clinical trials in Canada, or investment in the country’s life sciences sector. A third party impact assessment determined that changes to the PMPRB’s basket of comparator countries will result in drug cost savings of nearly  $20 billion in drug cost-savings for payers, including the provinces, without negatively affecting Canada’s ability to access new medicines. This is $6 billion more than Health Canada’s impact estimate. Our alternative approach would include an industry investment of $1 billion which, among other initiatives, could fund a manufacturing or commercialization accelerator to help Canadian biotech entrepreneurs commercialize, scale, and locally manufacture medicines and medical devices in Canada. Our proposed approach also includes commitments to work with the federal government on the development of a strategy to ensure Canadian patients have access to drugs for rare diseases, and to support the un-insured or under-insured by making available products for which they are not eligible. Our approach would not result in a decimated industry, leaving Canadians with delayed access to new medicines.

What we have provided to the Ministers of Health, Finance, Public Services and Procurement, Intergovernmental Affairs, and ISED, is another discussion starter – a third attempt in three years to invite Health Canada to a table for serious dialogue that will protect Canadian patients. But for a discussion to happen we need a willing partner.

We also know that we are not alone in hoping for a better path forward. During the recent consultations on the PMPRB’s proposed Guidelines, 80% of respondents either opposed them or expressed significant concerns. Numerous health charities and patient groups representing almost three million patients across the country have called for all parties involved to come together and find a more workable solution that puts patient access at the centre.

For years, Health Canada has promised that its new regime will deliver lower drug prices for payers, but to date not a single dollar has been saved. With a pandemic raging around the world, multiple legal challenges to PMPRB, growing patient concern, and dozens of medications already delayed in coming to Canada, now is not the time for Health Canada to implement the proposed changes on January 01, 2021. We are prepared to work quickly with the Government to further develop our proposal and ensure that Canadian patients continue to have access to the world’s most innovative medicines. They deserve no less. We, along with millions of patients across Canada, look forward to Government’s response.

Pamela Fralick is an experienced leader who has been fostering positive change in Canada’s health sector for decades. As the President of Innovative Medicines Canada, Ms. Fralick leads the industry association for Canada’s innovative pharmaceutical companies, working with its members and communities to ensure Canadians have access to the medicines they need, when they need them.  Prior to joining Innovative Medicines Canada, Ms. Fralick was President and CEO of the Canadian Cancer Society, Canada’s largest health charity.