Canada can make vaccines, just not the ones leading the COVID-19 race 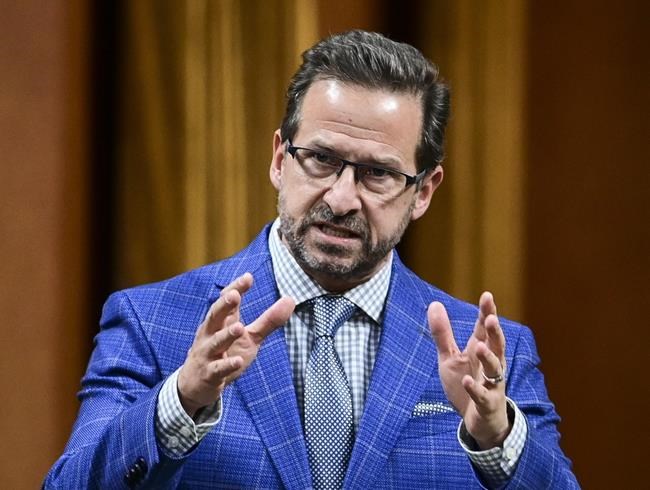 OTTAWA — The head of a Canadian biotech industry association says Canada can and does make vaccines — just not the ones expected first to help stop the COVID-19 pandemic.

Prime Minister Justin Trudeau created a firestorm Tuesday when he said Canadians will have to wait a bit to get vaccinated for COVID-19 because the first doses off the production lines will be used in the countries where they are made.

Canada, said Trudeau, "no longer has any domestic production capacity for vaccines" and it makes sense that the countries that do will prioritize their own citizens.

Andrew Casey, the CEO of BioteCanada, told The Canadian Press Wednesday that Canada does produce vaccines but the technology for the leading COVID-19 vaccine candidates is so new, the manufacturing capacity is being built alongside the vaccines themselves.

"This is the first time the technology has actually been applied," he said. "So you have to then build the facility to manufacture at scale, which is a challenge."

While Sanofi has a vaccine plant in Toronto and GlaxoSmithKline has one in Quebec, both make protein-based vaccines, such as the more familiar ones Canadians get every year for the flu.

But three vaccines showing great promise against COVID-19 are the first to use what are considered "next-generation" technologies.

Pfizer and Moderna's vaccine candidates use what is called messenger ribonucleic acid, or mRNA, containing critical genetic codes from the SARS-CoV-2 virus that causes COVID-19. The mRNA  trains a recipient's body to recognize the virus and produce an immune response so if it gets exposed to the real virus, it can prevent infection.

AstraZeneca's vaccine candidate uses viral vector technology, taking a common cold virus that infects chimpanzees and modifying it so it contains SARS-CoV-2 genetic material but can't multiply and make the person getting the vaccine sick. This vaccine similarly spurs the body to generate an immune response that will attack a real SARS-CoV-2 virus in the future and prevent the patient from developing COVID-19.

"One is like making wine, one's like making Coke," he said. "Yes, they both grow in bottles. Yes, you can drink both out of a glass. But the manufacturing processes used for the two is so completely different. You can't just say well, we'll shut down the protein one, and we'll switch over to the mRNA."

Pfizer is expanding production facilities in Kalamazoo, Mich. and Puurs, Belgium to produce most of its vaccine. Moderna partnered with Swiss-based Lonza Group AC to make its vaccine. Lonza chairman Albert Baehny said earlier this month the new technology meant Lonza had to remake its production lines to produce the mRNA vaccine.

Pfizer's vaccine will mainly be produced at Lonza facilities in New Hampshire and Switzerland, under a 10-year exclusivity arrangement between Moderna and Lonza.

AstraZeneca, which has promised three billion doses of its vaccine, has signed contract deals with at least two dozen manufacturers around the world to produce its vaccine.

Canada has signed deals with seven vaccine makers to get millions of doses of vaccines if they are approved by Health Canada. More than $1 billion has been spent to secure the contracts, which include guarantees of 20 million doses each from Pfizer, Moderna and AstraZeneca.

Those three companies have all reported positive preliminary results from their final clinical trials, with all three vaccines expected now to successfully complete the trials. They have already applied to Health Canada for approval.

The United States, Britain and Germany have said their first recipients could start to receive vaccinations as early as December, but Canadians aren't likely to see the first doses injected here until January at the earliest.

If the vaccines get approved, Public Health Agency of Canada president Iain Stewart confirmed Canada's contract is to secure four million doses from Pfizer and two million from Moderna between January and February. PHAC officials refused to answer this week how many doses are expected initially from AstraZeneca.

Trudeau's vaccine comments drew irate comments from opposition parties, who accused him of dragging his feet on one of the most important aspects of solving the pandemic.

Conservative Leader Erin O'Toole said Trudeau has "no plan" for vaccines much like he had no plan for rapid testing.

This report by The Canadian Press was first published Nov. 25, 2020.