Fighting the momentum of misery 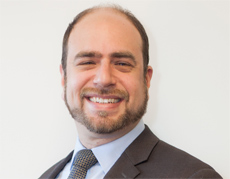 As we come to a close on 2020, and the inevitable flood of retrospectives ranging from the inane to the inspired, an expectedly overwrought and common element is going to be the conclusion of what many perceive to be a “cursed” year. This is understandable based on our collective need to see an end to a uniquely difficult time, as well as our mass indoctrination into calendrical benchmarking. We need all the societal monsters we have perceived to have risen these past months to be driven back to their crypts, boardrooms, and social media channels by whatever plucky band of protagonists we conclude had succeeded in the third act of this hackneyed production. But what if this isn’t the end of our era of misfortune, not the conclusion of a predictable but ultimately entertaining 86 minute Hollywood romp but the midway point of a four and a half hour European art house film? Are we prepared as managers, colleagues, and people in general for 2021 to start and the zombies not to revert back to inert plot devices?

In many cases, we unfortunately are not, but with the right preparations and setting of expectations, we can be (or at least aware enough to avoid using clichéd lines like how “2021 couldn’t be worse” which will of course provoke unending and predictable misfortune ala Cabin in the Woods).

The first thing we have to remember is that COVID is still going to be the big bad next season, even with the prospect of a vaccine on the horizon. Your employees, colleagues and people leaders are very likely going to be spending their winter holiday break with the same lack of travel options and potentially even greater in-person restrictions than they did for their summer break. They are not going to be coming back to the workplace with disconcerting tans and volumes of holiday photos, but with much of the stress (if not more) that they had before. Even before the “holiday” season is supposed to begin, scores of social committees cast adrift by the pandemic are now wringing the internet dry for replacement holiday party ideas. As employers and colleagues we are going to have to be tempered in our expectations dealing with a workforce in January that is likely not well-rested nor enthusiastic.

The second thing is that after we factor in everything in the previous paragraph into how we engage and support our employees, we have to not let it unduly influence us in our process and approach going forward. As a society, we are given to creating and sustaining momentums of misery by linking together individual, organizational, and/or societal failings whether they are interconnected or not. We need to see patterns, to give personalities to inanimate and ethereal concepts to better face them. I am reminded of a scene from Community where the character Abed Nadir demonstrates this phenomena by giving a name to a pencil and then snapping it in half, causing an emotional response from his friends. We all did this with 2020, attributing every ill to it so much so that it became not just a year but a spiritual manifestation of suffering, a newly spawned demon in the administrative affairs section of Hell. A process that has now unfortunately reached its toxic crescendo as we come to the winter months.

For the sake of ourselves, our friends, our families, and our colleagues, we have to make the conscious effort to not describe the coming months the way we are doing so now. We have to stop the process we all take such perverse and ultimately self-defeating joy in contributing to. Winter will likely not be easy for a number of reasons, but it will not be vampires let loose in an isolated Alaskan town bad. We will get through this, we have support, both public and private, that are available and willing to provide a voice to listen to, a person to speak with, a shoulder to help carry the burden. The efforts we make now to fight the concept of an unbearable winter will pay dividends when we are dealing with a more fatigued cohort in the new year.

So after making sure (and making sure again) that everyone is aware of the supports that are available to them, the onus is on us to dig deep into our reservoir of positivity, or at least pleasant curmudgeoness, and be the Uncle Buck for our workplaces. No virtual social idea can be too corny, no internal meeting can be undertaken without an appropriately festive and terrible holiday sweater. We must aim to invoke groans from our colleagues that would shake the pillars of heaven themselves because behind that “stop embarrassing me” teenage sulk is an employee who is grateful for the effort. Only if we all do our part can we stop this momentum of misery and be there to deal with 2021 as it should be, a year of both opportunity and disappointment, of loss and of gain, a year that will be followed another.

Rob Rosenfeld is the Vice President, National Capital Region and Corporate Communications for Morneau Shepell, the largest provider of mental health and employee wellbeing services in Canada. He has previously worked as both a civil servant and a political staffer, as well as for the not-for-profit, and post-secondary sector. While his expressed opinions are his own, his employer shares his passion for advocating for greater mental health support and services for all Canadians.