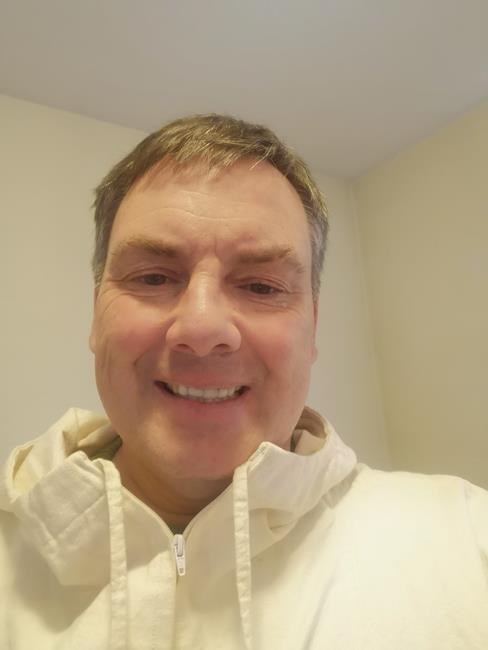 ST. JOHN'S, N.L. — A former member of Labrador's Inuit government is questioning the methods used to quantify whether he is sufficiently Indigenous after he was removed from his government roles last week.

Edward Blake Rudkowski said he was informed Nov. 20 that he was no longer a beneficiary of the Labrador Inuit Land Claims Agreement after a review of his status determined he had just 17 per cent Inuit blood. According to the land claims agreement, beneficiaries must have at least 25 per cent "blood quantum," as it's called, to be registered as Labrador Inuit, Blake Rudkowski said.

“This development is entirely related to a group of people throwing darts at a genealogy board,” he said in an interview Friday. “You can sit there with your membership for over three decades — over three decades — and then someone says, ‘Hey man, you’re not in anymore?’”

Blood quantum is a controversial practice of determining the percentage of one's Indigenous ancestry. Blake Rudkowski calls it “junk science" and says his predicament is an example of how it's an inadequate and inaccurate measure of who belongs and who doesn't.

He said he's been a beneficiary under the claims agreement for 34 years, and in all that time, nobody questioned his status as a Labrador Inuk. His family has a long, respected history in Goose Bay, in central Labrador, and his grandfather was one of two Inuit families in Sheshatshiu, an Innu community about 40 kilometres north of Goose Bay, he said.

He now lives in Toronto. In a 2017 byelection, he won a seat as an ordinary member in the Nunatsiavut Assembly representing Labrador Inuit who live outside the land claim area in Nunatsiavut, and outside the Upper Lake Melville area in central Labrador where many beneficiaries live. He won the seat again in 2018 in the regular election. In 2017, he was also appointed Speaker of the assembly.

On Friday, after he was told he was no longer a beneficiary, he says he got a call from Nunatsiavut president Johannes Lampe, who said he could no longer hold his seat in the Nunatsiavut Assembly nor his role as the assembly's Speaker — only Labrador Inuit can be members of the assembly.

“I feel raw, I feel disappointed, I feel distraught, I feel upset," he said. "Obviously there’s a whole myriad of negative emotions that get associated with a life event like this."

Nobody from the Nunatsiavut government was available Friday to speak about its decision to remove Blake Rudkowski from government, or about the blood quantum determination process.

Blake Rudkowski said the documents he received indicating his status was under review showed the review was triggered by a political opponent.

“I had to apply as anyone who never had any experience with Nunatsiavut would have to apply,” he said. “It’s as if that previous 34 years didn’t exist.” As required, he included extensive details of his family history in his application.

“Their determination was that my blood quantum was 17.4, or it might be 17.3 . . . . So you would think with a number that precise would imply there was an empirical calculation . . . to arrive at that output. And for love nor money, I couldn’t tell you what the process was,” he said.

Blake Rudkowski said he hasn’t been offered any means to appeal the decision. He wonders what kind of precedent the decision sets. “If it could happen to me, then who’s next?” he said.

As for his own next steps, Blake Rudkowski said he hasn’t yet figured those out but he’s not defeated.

“I feel a calling to public service, and my days in the political arena aren’t over,” he said. “I’m really upset that my path with Nunatsiavut came to a halt the way it did, especially when it came to questions of my heritage, which are not questionable in my mind.”

This report by The Canadian Press was first published Nov. 27, 2020.