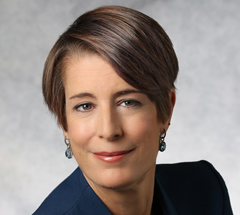 On December 9, NAV CANADA announced another round of 180 layoffs bringing  the total  layoffs this year to 900 jobs, or 17.5% of its workforce. Many of these layoffs are members of my union, the Professional Institute of the Public Service of Canada  (PIPSC).

Of course, the reader might say, while this is terrible for those laid off and for their families, during the pandemic, millions of Canadians have lost their jobs too. What is so noteworthy about these layoffs?

Without NAV CANADA services, no safe flights are possible.

Due to its size and our scattered population, Canada’s reliance on air travel and air shipments, compared to many countries, is particularly crucial to our economy and to our way of life.

NAV CANADA is a key component of the Canadian airline industry, which, as a whole, previously employed roughly 240,000 workers and contributed nearly $37 billion in Canada’s Gross Domestic Product.

NAV CANADA receives its funding from charging airlines and other aircraft operators using Canadian airports. But, because air traffic, since the pandemic, has declined by November 2020 to some 47% of what it was a year ago and because passenger numbers have dropped by 86.8%, NAV CANADA no longer has the revenue to sustain all its employees. According to the NAV CANADA President, they’re losing nearly $3 million a day in revenue compared to its pre-pandemic operations.

Many important air traffic services have been cut down in airports across the country and whole regions like Atlantic Canada have been left with air services  that are a shadow of pre-pandemic conditions.

Other countries such as the United Kingdom, Germany, France and the United States have announced support for their air industries and for saving jobs, but not Canada. The USA in April 2020 provided a $25 billion bailout package. The Minister of Transport, Marc Garneau says this issue is still under discussion and while the recent Fall Economic Statement provided some funding for airports and a little for regional air transportation, there was none for NAV CANADA or the major airlines.

We know that, until the pandemic subsides, air travel will not completely return to what it was before. But we cannot take the chance of permanently losing high-quality, talented NAV CANADA employees, whose skills development has taken decades to develop. NAV CANADA professionals who support air travel on a daily basis cannot be thoughtlessly set aside because of a temporary downturn, no matter how severe. To do so would only exacerbate the industry’s recovery process.

Funding the air industry and those who keep air travel safe, right now, during the pandemic, is a necessary investment in Canada’s future. As the pandemic slows down and eventually ends and as millions are vaccinated, we must have an air industry in Canada that is ready to fly.

We urge the federal government to take immediate and decisive action to support NAV CANADA, and the whole of the air industry, by providing it with sufficient emergency funding as soon as possible. It’s time for the Canadian government to act – for the safety of our skies.

Debi Daviau is the President of the Professional Institute of the Public Service of Canada which represents over 60,000 members mainly working for the Federal government and its department and agencies.