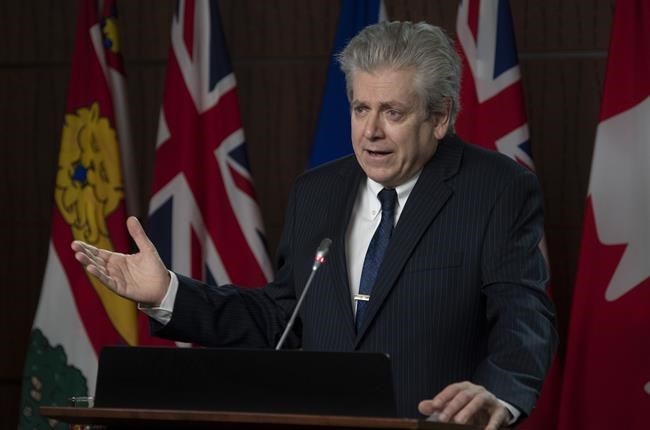 The online post links to a Jan. 3 article in The Guardian newspaper that highlights how Palestinians in the Israeli-occupied West Bank and Gaza are not among the beneficiaries of Israel's rapid rollout of COVID-19 vaccines, whereas Jewish settlements are.

"This is appalling," Angus wrote, capping off the tweet with the words, "#apartheidstate."

The post Sunday sparked more than 1,000 likes, but also backlash, including from Liberal MP Ya'ara Saks.

Saks, who represents Toronto's York Centre riding, which includes a sizable Jewish community, said in a reply that the Palestinian Authority is largely responsible for the medical care of its citizens under the Oslo Accords. The article states the authority has not officially asked for help from Israel, she noted.

"Health care is actually cooperatively managed between Israel and the Palestinian Authority to serve all residents of the West Bank. His post did not productively or constructively contribute to any conversation on the issue," Saks said of Angus's tweet in an email to The Canadian Press.

Israel has led the world in per-capita inoculations, but which shoulders receive the shots remains a controversial issue.

So far, virtually none of the 2.7 million Palestinian residents of the West Bank have received any of the more than 150,000 doses Israel administers daily, the article says.

Michael Bueckert, vice-president of Canadians for Justice and Peace in the Middle East, says Israel is an occupying power and therefore responsible for the health of the local population under the fourth Geneva Convention.

Bueckert called Israel's vaccination program "impressive," but said Palestinians' exclusion from it constitutes a "massive hole" in the plan.

He said he was encouraged to see a parliamentarian highlight the issue.

In an email, Shimon Koffler Fogel, head of the Toronto-based Centre for Israel and Jewish Affairs, called the tweet a "dog whistle" that has "no place in Canadian politics."

The recriminations did not end there.

Angus posted a follow-up statement Monday evening, saying B'nai Brith had reached out to him and accused him of "promoting 'anti-Semitic conspiracy theories' by releasing this tweet."

"As a parliamentarian involved at the international stage on addressing the crisis of online conspiracy theories I was shocked by the accusation," he said, adding that he rejects it.

"If B’nai Brith objects to the tone or the facts presented in the Guardian article the appropriate channel is to contact the editor of the Guardian."

Several hours after his Sunday post, Angus retweeted one from the Auschwitz-Birkenau Memorial and Museum commemorating a victim of the Holocaust, as he does each day.

This report by The Canadian Press was first published Jan. 21, 2021.