Canadians mark anniversary of downing of Flight PS752 in Iran 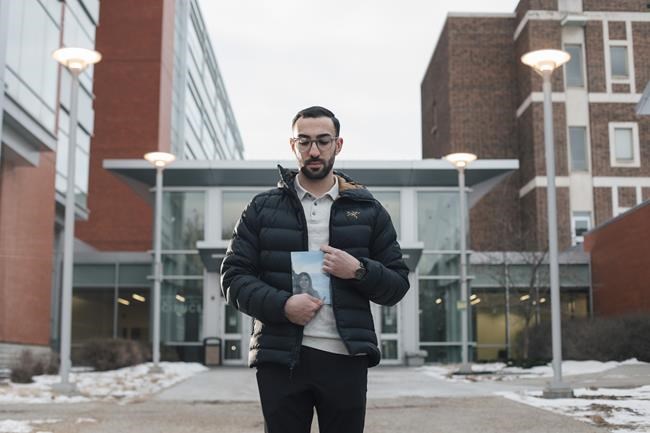 TORONTO — Memorial services are being held today for victims of a passenger jet the Iranian military shot down one year ago.

The ceremonies are part of an international effort that began with a livestream on Thursday at 9:42 p.m. ET.

More than 100 of the 176 victims had ties to Canada, and at least 55 were Canadian citizens.

In a statement, Prime Minister Justin Trudeau honoured the victims and expressed solidarity with their loved ones.

An international group advocating for the victims called on Iran today to come clean on what led to the downing of the plane.

"We urgently call on Iran to provide a complete and thorough explanation of the events and decisions that led to this appalling plane crash," the International Coordination and Response Group for the victims of Flight PS752 said in the statement.

"Our countries will hold Iran to account to deliver justice and make sure Iran makes full reparations to the families of the victims and affected countries."

Outdoor rallies were scheduled for various cities across Canada on Friday, including Toronto, Montreal and Edmonton.

Daniel Ghods-Esfahani, a medical student at the University of Alberta in Edmonton, said the last year has been difficult. His girlfriend, Saba Saadat, her sister Sara and their mother, Dr. Shekoufeh Choupannejad, were on the flight.

Ghods-Esfahani said he only recently started processing that a pandemic was happening in the world.

“We wake up. We have a routine. We do certain things throughout our day now. But the feeling, like physically and mentally, is very similar to the first few days after we found out about the downing of the flight," he said.

In his statement, Trudeau said Canada wants the transparency, accountability and justice that the victims and their families deserve.

"We have been unrelenting in pursuit of the truth, and Canada will not accept anything less than a comprehensive and honest explanation from the Iranian regime of what exactly happened that day," Trudeau said.

The prime minister also said Canada would be offering a pathway to permanent residence for some family members, and those already here temporarily can apply to extend their stay if needed.

The government, he said, was also designating Jan. 8 as the National Day of Remembrance for Victims of Air Disasters.

The memorial ceremonies, organized by the Association of Families of Flight PS752 Victims, heard the voices of loved ones speaking Farsi over videos and photos of faces young and old. Some wished to talk to those who died, others wanted to know their last thoughts.

Biographies of the 176 victims, many of them with ties to Canada, were read throughout the night.

Iran's Islamic Revolutionary Guards shot down the plane bound for Kyiv shortly after its takeoff from Imam Khomeini International Airport.

At the time, tension between Iran and the United States had been brewing. A few days earlier, U.S. President Donald Trump had ordered a strike on the Baghdad airport, killing a top Iranian general, Qassem Soleimani. In retaliation, Iran's military had fired missiles at American forces in Iraq.

Iran initially denied any involvement in downing the airliner, then said it was shot down accidentally after mistaking it for a missile.

The Iranian government recently pledged to pay $150,000 to each of the victims' families. But family members in Canada say they don't care about compensation, just answers.

Trudeau also said scholarships would be set up in memory of the victims.

On Friday, Western University announced an annual $3,000 in the name of chemistry PhD student Hadis Hayatdavoudi — one of four students at the school in London, Ont., killed on the flight.

This report by The Canadian Press was first published Jan. 8, 2021.