Time for the Reckoning 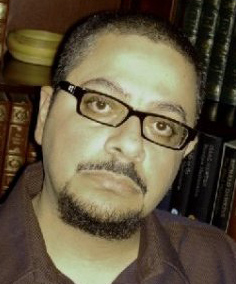 One of my favourite movie lines was delivered by Anthony Hopkins in the final scene of The Edge. “We’re all put to the test, but it never comes in the form or at the point we would prefer.”

The truth of this statement is compelling. As individuals, we are tested constantly. But it is rare for circumstances to converge in just the right way to test the character of an entire nation. This is why the past several years in US politics amount to one of the most important natural experiments the world has ever seen.

For decades, the US has sung its own praises. The proverbial American dream has risen from the ethos of a single nation to the rank of global folklore. America the great, America the land of the free, America the beacon of hope and prosperity—all of these proclamations are supposedly predicated on a set of values that include democracy, truth, justice, and equality.

Yet, not long ago, a man who has unabashedly defied every professed American ideal was embraced like a Rockstar Messiah and elevated to the ultimate position of power and influence by the deliberate choice of nearly half the US electorate. With his deceit and hucksterism on full display, the world saw him side with tyrants over allies, dismiss the deaths of thousands of his own people as collateral damage in the battle to further his political goals, and provoke his followers to assault the democratic institutions which he pledged to protect.

“You knew very well I was a snake before you took me in,” quoted Donald Trump while on the 2016 campaign trail. He would often recite the old Aesop fable of the serpent that couldn’t change its nature to bolster his argument against welcoming refugees into his country, not realizing the irony of his warnings.

But Trump did not elect himself. He became president after winning a fair and free election. Freedom of choice is the basis for moral responsibility, and the time has come for the US to account for the choice it has made.

It will not do to claim that Trump has somehow managed to pull the wool over people’s eyes. This suggestion is unconvincing for a number of reasons, the most obvious of which is Trump’s surprising performance in his second term run.

While Democrats are quick to point out that Joe Biden won by securing the highest number of votes ever given to a presidential candidate, they often neglect to mention that his rival achieved the second highest number of votes in that same election. Far from being an indictment of the sitting president, the 2020 contest demonstrated a net gain in his favour from 2016 of nearly 11 million votes cast by the alleged gullible. “Fool me once, shame on you; fool me twice, shame on me,” the saying goes.

Nevertheless, Donald Trump has been relegated to a one-term president, now shunned and disgraced in his final days in office. Having come to the precipice, America did not jump off the edge. But this does not absolve the nation from the responsibility of coming to terms with how it got there.

An honest effort to do this requires facing the possibility that the fault lines within American society have not been caused by the words or deeds of a divisive leader, but have always existed, hidden underground until a conduit allowed them to surface. Trump’s true legacy may well be in showing that his country does not have a single set of core values, but a multitude of strongly held and often incompatible attitudes that separate large segments of its population and directly challenge its very definition as a nation. The much venerated “American dream” is a beguiling notion, but it goes hand in hand with exclusion. Those who have been left out had to find identity elsewhere. Predictably, many found it in judgemental conservatism, religious zealotry, bigotry, and false supremacy—all fuelled by a volatile mix of resentment and ignorance.

The American Civil War ended in 1865, but the battle of principles rages on. If the American states were ever united, it was never a union of values. Accepting this difficult reality may be the only path towards progress.

The time for the reckoning has come and America has a lot of soul-searching to do.

Mazen Maurice Guirguis holds a Ph.D. in philosophy from the University of British Columbia and has taught courses in logic, ethics, metaphysics, and the philosophy of mind. His philosophical writings have been published in Discourse, Metapsychology, Philosophy in Review, The Review of Metaphysics, Anthropology and Philosophy, Dialogue, and The Journal of Mind and Behaviour. He has also published non-philosophical pieces in The Georgia Straight, The Chronicle of Higher Education, and the Ottawa Sun.