This is a great day on the political history calendar for Canadian Conservatives to recall with pride!  It was, of course, on this date in 1878 that Sir John A. Macdonald and his party members, meeting in Toronto, adopted John A.’s famed National Policy and agreed to place it before Canadians in the coming election.

Two months later, Sir John A. officially laid before the House of Commons a resolution calling for this policy to be implemented.

“Those who cared to be protected at all wanted all the protection they could get,” Macdonald, then in opposition, said during the debate over the resolution. “They were like the man who said of whisky that a ‘little too much is just enough.’”

The National Policy, which featured high tariffs that would force Canadians to trade with each other, rather than taking the easy route by selling goods south of the border, played a key role in returning Canada’s Tories to power.

And more than a decade later, in 1891, the National Policy was still a rallying cry Sir John A. used to keep his party in power. As part of this final victory of Macdonald’s, the party and her supporters created what remains to this day the greatest election poster in Canadian history: “The Old Flag, The Old Leader, The Old Policy.” 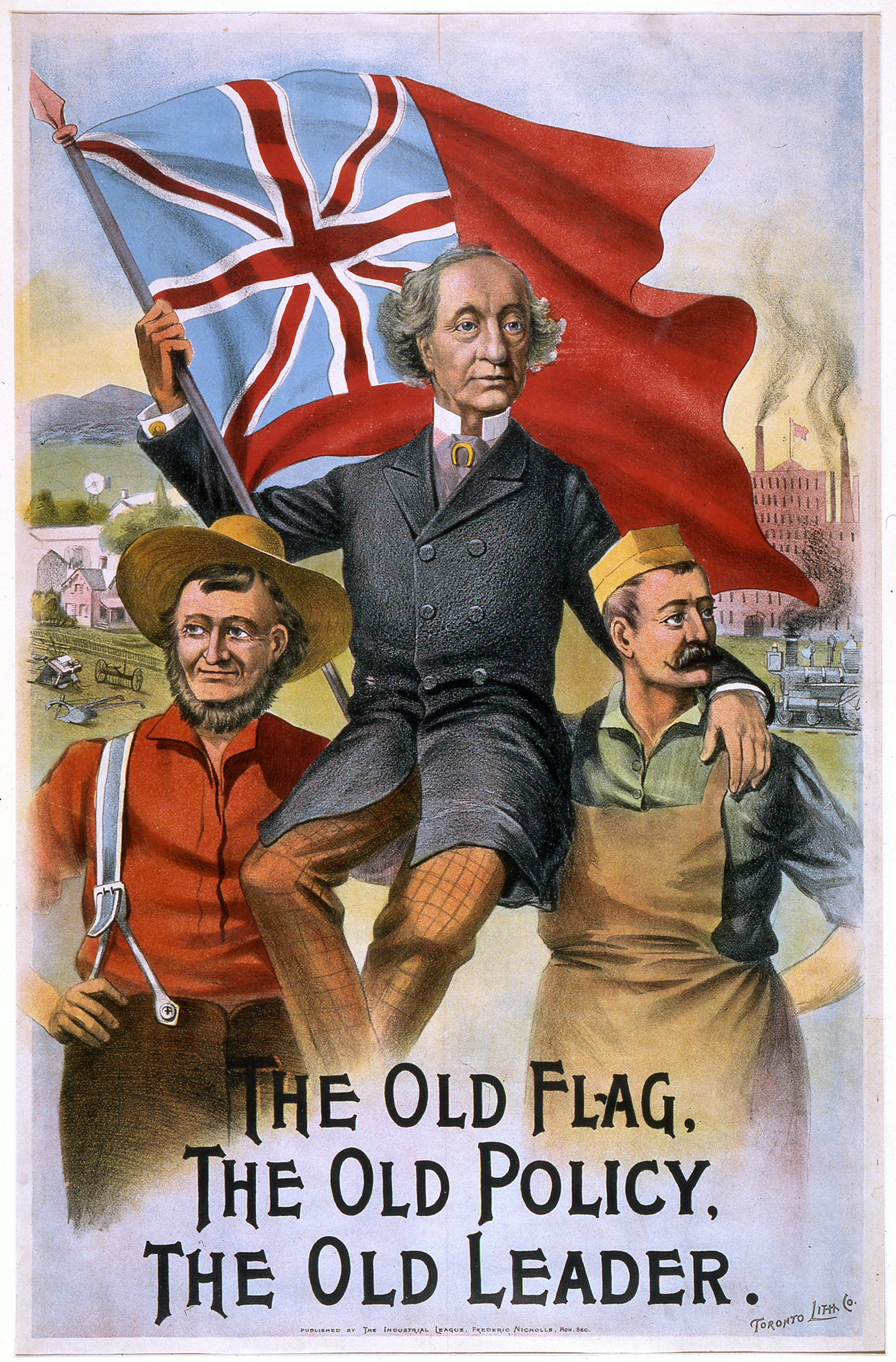