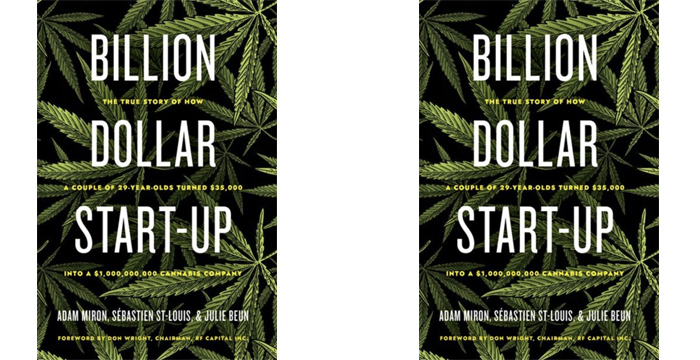 The following is an excerpt from Billion Dollar Startup, a just-released book about two 29-year-olds who built a billion-dollar cannabis company in Canada’s highly regulated legal environment.  In this excerpt (from Chapter 1), the authors confront the voluminous amount of detail that Health Canada required in the application process and their tenacity to tackle it themselves.

Quickly settling on the basement as a headquarters — it was also two blocks from Adam’s favourite watering hole, Pubwells — they started making lists and figuring out the critical path.  Problem was, where do you actually start a pot company?  The enormity of what they were about to do hit them for a moment.  Neither had a green thumb or any agricultural experience, but they knew one thing: they would figure it out.

And they realized one other thing.  This was a race against the clock.  The wheels within Health Canada’s licensing branch may have been turning at a barely perceptible pace, but the number of companies applying to become licensed producers was accelerating.  And although there were only six LPs at the time, more licences were inevitable.  And that meant more competition.  They had to hit the ground at a clip, and they had to start now.

Adam and Seb obtained a copy of the MMPR — the Marihuana for Medical Purposes Regulations — two hundred pages defining all the rules, plus the massive application to grow medical cannabis.  There would be others, later, like a licence to store and a licence to sell. It was intimidating, to say the least. But they did what would later become their classic business approach to any problem: pull it apart, get it to a granular level, split the work, make a to-do list, and dive in.

Working around the clock, they researched, cross-referenced, and wrote.  Other hopeful LPs were no doubt busily hiring firms who made it their business to understand the minutiae of things like Good Manufacturing Practice in Cleaning and Sanitation (GMP cleaning), but Seb and Adam wrote the first arduous draft of the Standard Operating Procedures themselves.

Within a gruelling two weeks, they were as done as they could be.  They sent in the 150 pages to Health Canada and waited.  In the meantime, they were running at top speed on the hundred other things they would need to do, think about, or act upon once the licence was granted.  Financing, share structures, land acquisition, buildings, employees, brand development, strains, marketing, publicity.  Like nesting dolls, every task they unpacked resulted in secondary and tertiary lists of action items, all needing to be done right that second.  Hours blended into days, leaving them exhausted yet still palpably excited because this, at last, was a vision, a direction with the kind of exuberant possibility they’d been waiting for.

Two weeks later, Health Canada wrote back.  More information was required.  Seb and Adam thumbed through 12 pages of questions, each more technical or involved than the last.  If their hearts sank, they didn’t show it, at least not to each other.

Over the previous two weeks of non-stop conversation and strategizing, they had come to dimly realize that, together, they had something unique.  More than just two related entrepreneurs, they were driven.  They were smart.  They trusted each other’s opinions and skills.  They could take on the world.  Setbacks?  Just another mountain to climb up, climb around, or blow up.

Once again, they locked themselves in Adam’s basement and worked around the clock for 36 hours to answer every question.  They sent in the paperwork.  Health Canada sent back another 10 pages of queries, which were promptly answered.  Then another nine pages arrived.  More answers were returned.  When, a few weeks later, they received only five pages of questions, they celebrated with beer and pizza.  Here, then, was progress.  Considering they were working in a basement in downtown Ottawa, some of the details required creative thinking.  Did they have SSOPs (Sanitation Standard Operating Procedures) for Room D, Building 2?

Adam laughs now, but at the time, the stress was real.  “Room D didn’t exist. Building 2 didn’t exist. We didn’t own land or even know what a SSOP was.  But they wanted to know how we would clean this room, how would we wipe the counters, with which products, and for how long.  It was so unfathomable.”

Six weeks after deciding they’d get into the marijuana business, they had a thick orange binder with their completed application.  There were a few other pieces to wrap up, but it was done, and just in time.  The two families were due to leave on a joint holiday, to visit the in-laws and attend a family wedding in Coimbatore, a South Indian textiles city of 1 million.  In the rush to finish the application, the trip became a bit of an afterthought, but now they were looking forward to it, mostly because they could continue to work and plan while travelling.  It was just the kind of lifestyle Adam had always dreamed of having.  Pop the baby in the backpack, move from one awesome location to another, eat fine food, and gather passport stamps along the way.  There was no money — at least not yet — but when it came, and it would, that’s how he’d want to roll.

As Adam, Meena, and Iyla flew out of Ottawa, Seb finalized the application to become an LP.  It was momentous: they would become the 90th company to apply for a licence in Canada’s shiny new medical cannabis industry.  If there was a stepping-off point into the unknown, this was it.  Seventy-two hours after Adam left, Seb carefully packaged up the binder, took a selfie, addressed the package, and walked to a Canada Post outlet in a convenience store on the corner of Bell Street and Gladstone Avenue.

He pulled out his phone and attached the photo to one of his notoriously brief and understated emails.

“Adam, application is mailed.  See you in a few days.”

He slid his phone back into his pocket, turned on his heel, and walked the few blocks home.  He was already thinking ahead to what awaited around the corner.

But that’s the trouble with anticipating the future in business. Like stepping into traffic, sometimes you can’t see what’s about to hit you until it’s too late. 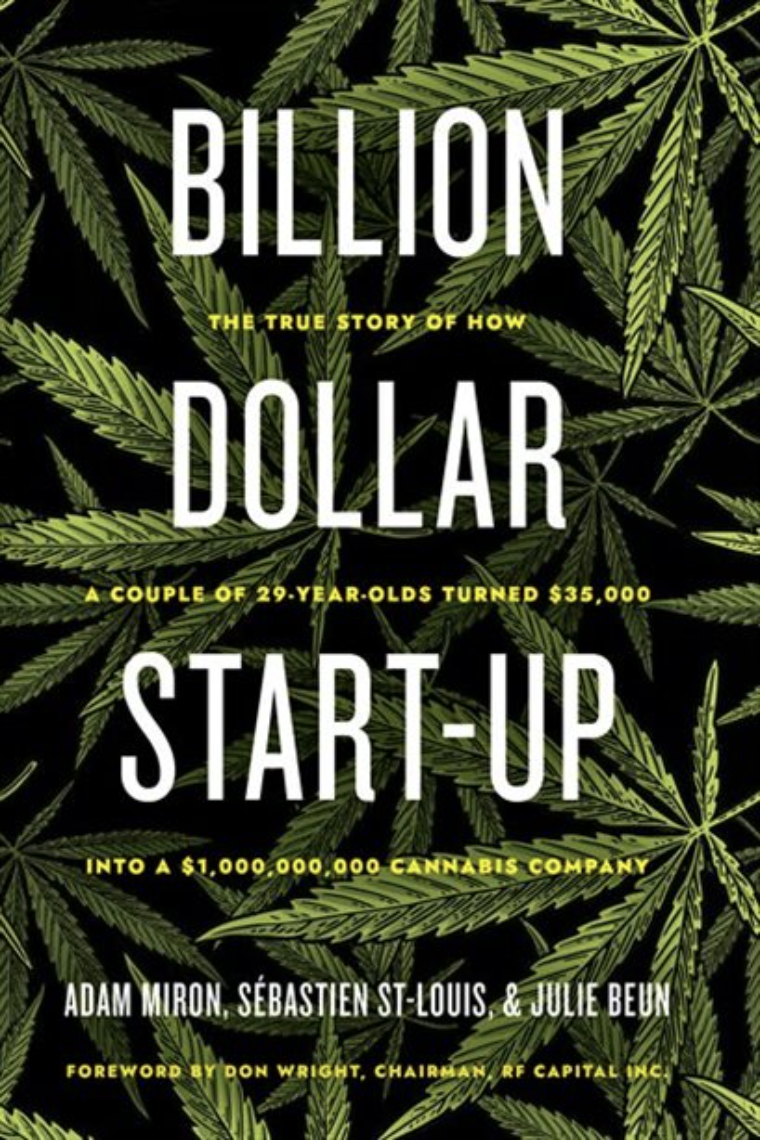 The Billion Dollar Start-Up is available online now and at local bookstores Feb. 2.