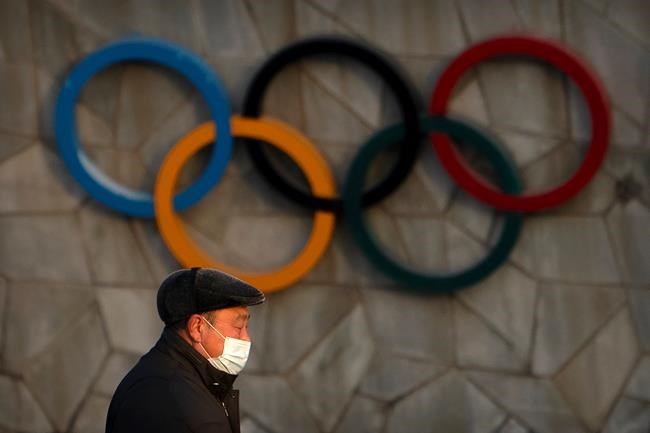 TORONTO — Cheuk Kwan wants the world to remember what happened after numerous countries considered boycotting the 1936 Olympics in Berlin, but eventually agreed to participate.

"The world should take 1936 as a lesson," said Kwan, spokesperson for the Toronto Association for Democracy in China.

"We're confronting a very similar situation. In hindsight, we should have (boycotted the Berlin Games). It really emboldened Hitler to to go on and attack Poland and start World War II.

"So, this is where we are right now from a moral standpoint."

The Toronto Association for Democracy in China was among a coalition of 180 rights groups, including several based in Canada, that called for a boycott Wednesday of next year's Beijing Winter Olympics.

Wednesday's call to boycott is around reported human rights abuses against ethnic minorities in China, and coalition is composed of groups representing Tibetans, Uighurs, Inner Mongolians, residents of Hong Kong and others.

The group issued an open letter to governments to support a boycott “to ensure they are not used to embolden the Chinese government’s appalling rights abuses and crackdowns on dissent.”

There were similar calls to boycott the 2008 Beijing Summer Games, but many believed a global spotlight would help clean up reported human rights atrocities in China. That didn't happen, Kwan said.

"Fast forward to today, from a Canadian standpoint we are probably in a worse situation," he said.

Among the biggest concerns to Canadians is the continued imprisonment in China of the "two Michaels" — Michael Kovrig and Michael Spavor.

Kovrig and Spavor are marking two years in separate Chinese prisons, on what Canada and dozens of its Western allies say are trumped-up espionage charges in retaliation for the RCMP's December 2018 arrest of Chinese high-tech executive Meng Wanzhou on a U.S. extradition warrant.

Another massive human rights issue is the Uighur indoctrination camps in Northwestern China. Since 2016, China has swept a million or more Uighurs and other predominantly Muslim minorities into prisons and indoctrination camps, according to estimates by researchers and rights groups.

"They've put millions of people in education camps," said Mabel Tung of the Vancouver Society in Support of Democratic Movement, one of the 180 letter signees. "Family here in Canada have been trying to contact their daughters, their sisters, their brothers that they haven't seen or heard from in a few years, and they have no way of knowing what happened to them.

"So, it might seem like just a sports event, (but) it's affecting so many people. We shouldn't just ignore this fact."

Dick Pound, one of the International Olympic Committee’s most vocal board members, told the Globe and Mail that Canada should resist calls to boycott next year's Olympics.

The Montreal native said a boycott would achieve nothing and hurt Canadian athletes.

“Young people gathering in troubled times to compete peacefully in sport — this is a message worth sending and a channel that is worth keeping open even when the government folks are mad at each other,” Pound said.

Kwan said he understands arguments around the ineffectiveness of a boycott.

"And a lot of people are saying 'What about the athletes? They'll spend their whole lives regretting not going to Beijing,' and so forth.

"But we have to take a stand morally when two of our citizens are languishing in jail."

Kwan said China can use the Olympics "as a window dressing" in attempts to clean up its image on the global stage, while continuing its treatment of minorities.

Hitler's rise in power had numerous countries considered boycotting the '36 Games, with the U.S. being among the most vocal.

One of the Olympic principles forbids the discrimination by race or religion, Kwan pointed out. Nazi Germany forbid the participation of Jewish athletes in the Berlin Olympics.

The same principle, he said, should be applied to Beijing around the Uighur camps.

Rights group have previously asked the IOC to move the Games from China, but Olympic leaders have largely ignored the demands, saying it's a sports body that doesn't get involved in politics.

Pro-Tibet activists held up their flags Wednesday outside the International Olympic Committee headquarters in Lausanne, Switzerland.

This report by The Canadian Press was first published Feb. 3, 2021.