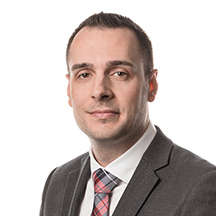 With record levels of stimulus and emergency benefit spending already out the door as part of the federal government’s response to the COVID-19 pandemic, the attention of policy makers and experts is already turning to what comes next. The IMF has called for clearer anchors and financial controls to manage spending. The Conference Board of Canada and C.D. Howe Institute have warned that a financial crisis may loom should revenues continue to drop as the economy suffers through subsequent pandemic waves.

While the Liberal government has rightly made a priority of looking at revenues as well as expenses by strengthening tax compliance as part of their attempts to keep the federal budget under control, one piece of the financial management puzzle has been missing for years: adequate whistleblower protection.

More than 5,000 accountants, auditors and financial management professionals work in the various departments and agencies that make up the federal public service. These workers are tasked with the vital role of financial stewardship – ensuring that the taxes Canadians invest in their government are spent appropriately. They are a cornerstone of our democracy and have contributed immeasurably to the sparking reputation of Canada’s federal public service around the world.

While the work of enforcing financial controls and reconciling balance sheets is rarely the stuff of newspaper headlines, it’s vital work nonetheless – and it’s work that often puts these professionals in a position to sniff out wrongdoing, fraud and mismanagement at its earliest stages.

Yet the very real threat of reprisal for reporting wrongdoing means that often these professionals are forced to choose between upholding their professional obligations and protecting their family, personal wellbeing and, often, their very livelihood.

Rather than being celebrated for their role in ensuring accountability, public service workers who disclose wrongdoing are routinely ostracized and villainized. Of all the various channels of recourse available to those who uncover fraud or mismanagement, none offer timely resolutions and while the processes play out, the worker is usually stuck working with the very people against whom they’ve alleged wrongdoing. Reprisal is common and work environments quickly become toxic, leading to worse mental health outcomes but, perhaps more importantly, allowing wrongdoing to fester.

The good news is there is already a blueprint available that could immediately strengthen the whistleblower protection regime in the public service. A 2017 report from the Standing Committee on Government Operations and Estimates contains several legislative changes that would give better protection to those that choose to do the right thing and, perhaps just as importantly, send a clear signal throughout government that whistleblowing is vital to a healthy and accountable democracy.

The report – endorsed by all parties at the time after months of painstaking work and consultation with experts from across the country and around the world – would bring Canada more in line with global best practices and would start to dismantle some of the barriers that currently exist for those who want to do the right thing.

The pandemic year of 2020 saw unprecedented levels of spending on stimulus and emergency benefits – spending that is now being reconciled and accounted for by the government’s own financial professionals. The year ahead will likely see us transition from spending to restraint, meaning that every dollar spent will need to be spent appropriately. Canadians deserve to know that the stewards of those funds are able to do their job effectively and, when wrongdoing or mismanagement is spotted, that those very same professionals will be able to flag those concerns without fear of reprisal or harm.

Right now, that is simply not the case. An annual survey of these professionals has shown that fear of reprisal and gaps in the whistleblower protection regime exist. Anecdotal reporting on the fate of federal whistleblowers backs that up. The legislative changes recommended in the 2017 operations committee report aren’t a panacea but they would be a marked improvement over the status quo and go a long way to ensuring accountability in government spending.

Dany Richard is a Chartered Professional Accountant with more than 10 years of experience as a financial advisor in the federal government. As president of ACFO-ACAF, he represents the more than 5,000 accountants, auditors and finance professionals working in the federal public service.