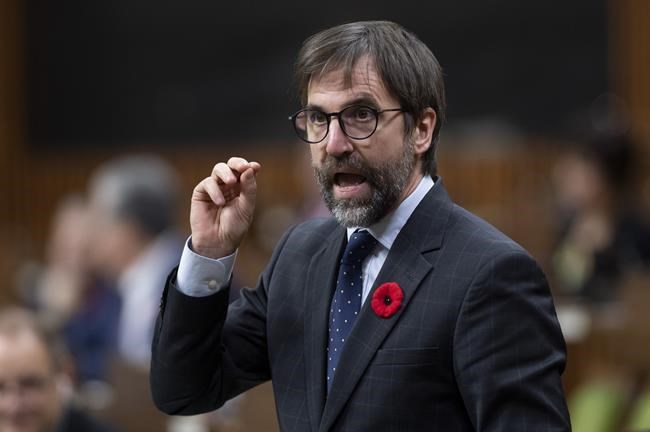 Heritage Minister Steven Guilbeault told a House of Commons committee Monday the aim of Bill C-10 is to regulate online video and music streaming services in much the same way as conventional broadcasters.

But Guilbeault says homegrown content carried online won't be regulated under the legislation.

The bill, if passed, would expand the authority of Canada's broadcasting regulator, the Canadian Radio-television and Telecommunications Commission, to include online video and music streaming services.

Guilbeault explained that is not the case and that online services would be regulated when they carry out business as broadcasters.

"When they will act as broadcasters, then the regulations will be able to apply to them," Guilbeault explained.

"That legislation will come later," the minister said, arguing that it would take much longer to pass the bill had it included many more elements, if it's to pass at all under the current legislative calendar.

The federal government tabled the proposed changes to the Broadcasting Act in November that could see online streaming services contribute as much as $830 million a year toward Canadian content by 2023.

While some Canadian media producers have welcomed the bill, other supporters of content rules have criticized it as being too soft. Critics of expanded regulation warn it will ultimately harm consumers.

This report by The Canadian Press was first published March 8, 2021.