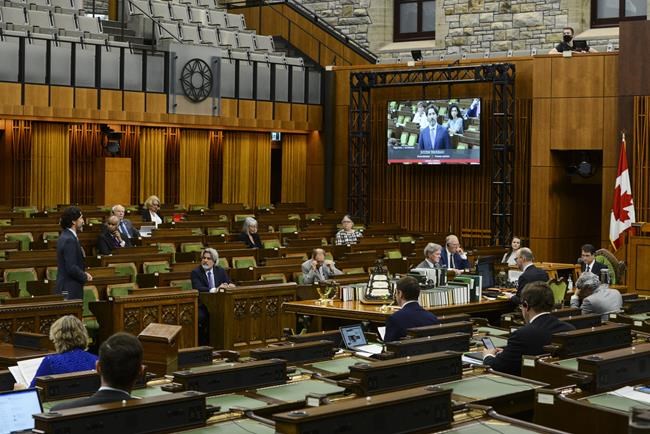 OTTAWA — Members of Parliament zipped through two votes in 30 minutes Monday as they began using new technology allowing them to cast votes with their mobile devices.

The voting app is the latest adaptation of the parliamentary process to allow MPs to work remotely during the COVID-19 pandemic.

It comes nearly a year since Parliament shut its doors as part of the national lockdown to slow the spread of the novel coronavirus.

The Commons remained fully closed for nearly a month before the parties were able to agree on a path forward that would keep people safe and ensure government was still working.

Now, the House of Commons sits in a hybrid format that allows most MPs to participate via video conference while only a small number are physically present in the chamber.

Until Monday, MPs not in the chamber were using video conferencing to cast votes, a cumbersome process that took up to an hour for each vote.

With the new mobile app, MPs are given 10 minutes in which to vote via smart phones, with their votes registered live online as they come in.

Monday's debut went off with only a few hitches -- a handful of MPs reported that they were unable to vote.

But with one exception, they were all allowed to vote subsequently. Speaker Anthony Rota said he'll look into the exception to ensure it doesn't happen again.

"This solution offers the House another secure and reliable way to conduct its business over the next few months, despite the constraints of the pandemic," Rota told the Commons after the votes.

"One day soon, I hope we will all be able to get together again in person in this chamber to continue our work on behalf of our fellow citizens."

Rota expressed his "profound gratitude" to Commons staff who have worked "tirelessly to ensure that ourselves can work for our constituents."

"We could not have done this without them."

This report by The Canadian Press was first published March 8, 2021.