Five things to know about next week’s Conservative policy convention 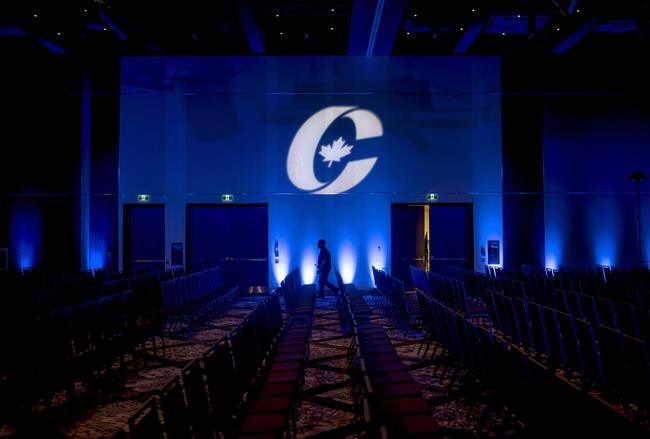 OTTAWA — Conservative party members will meet virtually next week for what officials say will be the largest convention in their history.

The three-day event is the first since Erin O'Toole was elected leader last summer, and also since the last federal election.

Each of the party's conventions since their founding one in 2005 has seen robust debate around conservative policies and principles, and this year's is no different.

Among the hot-button issues: anti-abortion groups want to force the party to take a harder stand in their favour, and the grassroots wants more say and transparency around how the party is run.

The convention will also feature an update on the party's financials, and a speech from O'Toole that's expected to lay some groundwork for how he intends to campaign in the next federal election.

Here are five things to know about the event.

1) This convention is O'Toole's first as leader and could be his last. This event was originally scheduled for April 2020, six months after the party failed to form government in the fall 2019 election. The party's constitution mandates a leadership review at the convention following an election they don't win so members would have had a chance to decide whether leader Andrew Scheer should stay. He quit before that could happen. The convention was put off until November 2020 due to the leadership race, and then put off again due to the pandemic. If O'Toole also fails to win government the next time Canadians go to the polls, he'd face a leadership review at the next convention in two years.

2) Abortion issues will not be part of the policy debate. Just 34 policy ideas will be put to a vote by delegates in a streamlined process set up due to the virtual nature of the event. None are explicitly about abortion, despite the best efforts of some well-organized groups, who allege the low number of policies up for a vote was done on purpose to keep their pitches off the agenda.

3) To change the party's policy declaration or amend its constitution requires not just a majority of votes from delegates overall but also a majority of votes cast by delegates from every province, what the party refers to as a double majority. Even if something clears that high bar, it doesn't mean a policy will make it into the next election platform. For example, when's the last time you heard a Conservative leader call for an actuarial audit of the medicare system? That's in the policy document, but has not been a recent electoral promise.

4) The constitutional changes being advanced could shape the party for years to come. It's always billed itself as being led by the "grassroots" but frustrations have emerged about the interplay between the national council, the party's main fundraising arm known as the Fund, and the leader. Efforts to amend the constitution to change those relationships will be voted on, but a bigger symbolic change could come if anti-abortion groups are successful in finding a procedural  workaround that puts their policies into the constitution.

5) Things will move fast. Political conventions are infamous for getting bogged down by myriad points of order, suggested amendments and long rants from passionate members seeking to speak to every item on the agenda. The virtual event means organizers have shut the door on many of those options to try and focus the process. But they're also trying for a virtual version of another convention hallmark: hospitality suites.