Medical Assistance in Dying Bill Should be Voted Down 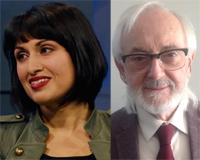 We are living in unusual times and it is not just the pandemic. Bill C-7 (Medical Assistance in Dying) is also in its final stages before the Senate. MAiD will be allowed for Canadians who are not dying but who live with mental or physical illness.

In protest, thousands of people have signed petitions, contacted their members of Parliament and written to newspapers protesting. The Canadian Mental Health Association, all national disability organizations, Indigenous leaders and the United Nations have all raised their voices in protest, but sadly these have all been ignored by this government.

What explanation is there for this extraordinary level of disagreement not being taken into account by our Canadian politicians?  Are parliamentarians so comfortable in their position of privilege that the lack of resources provided to disabled and marginalized persons is something they cannot fathom?

We theoretically cherish universal medical coverage so that everyone has an equal opportunity for healing, maintaining health and improving quality of life. And yet much of the essential care for those with physical and mental illness is not easily accessible or funded. If we lack the commitment to equality of living, then Bill C-7 is appealing because it provides one cheap, universal treatment for every human ill – a medically administered death. The federal government’s clear lack of political will to rectify the Canadian health care crisis, while rushing the passage of Bill C-7 to end life-suffering by medically administered death, is unconscionable.

What are the fundamental changes that Bill C-7 will enact to our 5 year old assisted dying program?

Firstly, It would make MAiD available not just for people at the end of life but anyone who has an incurable physical condition.  For example, a young person with diabetes; an older person with arthritis; a person with a longstanding disability, would all be equally acceptable candidates for assisted death.  Why? Because these meet the conditions of “serious and incurable” conditions with “irreversible decline”, and these are two main eligibility criteria for MAID.  Individuals only need to add that they experience intolerable physical, or psychological suffering that cannot be relieved ‘under conditions acceptable for them.’  These patients become eligible for medically administered death, even if they did not receive or could not access treatment.

Secondly, Bill C -7 would make people with mental health illness eligible for death. This despite no evidence that mental health disorders are irremediable. Further, because transient thoughts of suicide are a hallmark of mental illness, patients who now manage with treatment may give up at their next relapse and ask for death.  MAiD has been promoted as an expression of a person’s autonomy, yet if a disease is responsible for suicidality and for feeling worthless, can we truly believe the person is making an autonomous decision?

Finally, Bill C -7 would remove some safeguards that were enacted in the current MAiD regime.  Removing safeguards, without evidence of futility while simultaneously expanding eligibility criteria, does not make any sense.

The discussion in Parliament referred to the need to pass Bill C-7 in order to provide relief to those who are suffering.  What is this suffering?  According to the 2019 federal government report on MAiD, the cause of suffering in one out of three (34%) recipients of administered deaths was a perceived burden on family, friends and caregivers and for one out of five (18.4%) it was isolation, loneliness,  emotional distress or fear.  Offering death to people with these crises, rather than providing them with social support and practical assistance, is the height of cruelty and neglect.

The 2016 MAiD legislation was constructed to balance the benefit of assisted death to those competent, well-informed people at the end of their life whose suffering could not be relieved, while adding safeguards to protect all others.

Bill C -7 would destroy this balance and should not be passed.  MAiD should remain a last resort, not an option to end painful lives while the government fails to provide options to live.