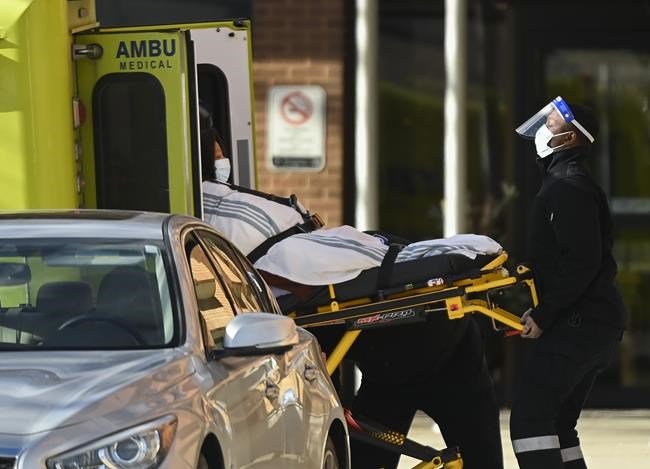 OTTAWA — New Democrats are seeking the support of the House of Commons in calling on the Liberal government to eliminate for-profit long-term care.

The NDP is tabling a motion Monday that calls on the government to transition existing for-profit homes to not-for-profit operations by 2030.

It also urges the government to work with provinces and territories to stop licensing new for-profit homes.

The motion is not binding on the minority Liberal government and is set to be debated today, with a vote expected Tuesday.

The NDP unveiled its proposal for the long-term care sector earlier this year, presenting it as a potential election promise as parties prepare for a possible 2021 campaign.

At the time, New Democrat Leader Jagmeet Singh said an NDP government would bring together provincial and territorial leaders, experts and workers to set national standards for nursing homes, benchmarks that would be tied to $5 billion in federal funding.

"Let us remove profit from long-term care, beginning with Revera."

The motion includes a call to immediately turn Revera — a company that runs more than 500 seniors' homes in Canada, the United States and the United Kingdom — from a for-profit chain owned by a Crown pension fund into a publicly managed entity.

"The federal government does not have the legal authority to do what the NDP is proposing," Schulte said in a Twitter thread Monday morning that was retweeted by Health Minister Patty Hajdu.

Schulte reiterated the federal government's pledge to work toward national standards, which would be applied in separate deals struck with provinces that want to meet them. The government has not laid out what those benchmarks should be.

Prime Minister Justin Trudeau has said he respects provincial authority when it comes to long-term care, and supports the sector through billions of dollars in additional funding allocated to the provinces during the COVID-19 crisis.

"Even before COVID-19 we have a litany of research that shows that, on the whole, these homes perform worse than non-profit and municipal homes," said Dr. Vivian Stamatopoulos, a long-term-care advocate and professor at Ontario Tech University.

She said at the press conference that for-profit residents are more likely to wind up in hospital and to die within six months of admission to a home.

“They hire less full-time permanent staff to boot, and they also pay their staff less, which results in a revolving door of workers," Stamatopoulos said.

During the first wave of the pandemic, more than 80 per cent of Canada's COVID-19 deaths occurred in long-term care facilities.

In Ontario, where the second wave has proven even deadlier than the first in nursing homes, an independent commission has been convened to examine the virus's impact on the sector. The commission is slated to deliver its final report at the end of April.

More than a quarter of the country's 2,039 long-term care homes are for-profit, according to the Canadian Institute for Health Information.

This report by The Canadian Press was first published March 22, 2021.