Who Should Pay for Canada’s Covid Debt? 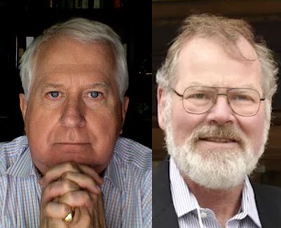 The federal budget is now officially scheduled for April 19.  This is a critical budget for the government because expectations (and hopes) among Canadians are very high and rising.  Though recent polls show that a majority of Canadians believe that a Liberal government would do the best job in managing the government’s post-COVID finances, all this could change quickly if the budget fails to live up to growing hopes for a post-COVID future.

It is no wonder then that the Minister of Finance has taken her time.  This budget must demonstrate not just fiscal credibility but also political credibility.  Election fever appears to be running very high among Liberals and if the budget is a success then an election is likely to follow soon after.

After a slow start, the vaccine roll-out now appears to be running relatively smoothly and, barring any unforeseen disruptions, it is likely that most Canadians will be vaccinated by September.  The economy is already beginning to show signs of restarting and by the end of the year an economic recovery should be well underway.

With a budget date now announced, most of the major budget decisions should already have been made. This would include, for example: the economic assumptions to be used in planning the budget; how much of the economic stimulus announced in the November 2020 Economic Statement will be applied; what form it will take; how it will be targeted; and how long it will last.

However, the fact that the budget date was delayed and that there have been few if any budget “leaks” suggests that there still remains major policy issues to be resolved.  Indeed, it would appear that the government is simply unable to decide on what the budget should do. Should the budget deal only with the economic recovery (i.e., economic stimulus) for the next two to three years?  Or should it go further and set out a medium to longer-term economic growth strategy?  Given the number and complexity of the policy issues involved, it may very well be that the government simply is unable to decide what a “political” longer-term growth plan is.

Regardless of the choice eventually made, the Finance Minister will need, at a minimum, to set out a set of medium-term fiscal principles that will guide the government in managing future deficits and debt in a sustainable and credible fashion.  It is highly unlikely that these principles will include reducing the deficit and the debt ratio to pre-COVID levels, in 5 or 10 years.

One of the fiscal principles will have to address who should pay for the debt incurred by temporary COVID spending.  Unfortunately, the current view in the government appears to be that because long-term interest rates are currently very low, the government can debt finance all its COVID spending.

However, the use of borrowed money to pay for government spending should depend on whether there are benefits from the spending for future generations.  Spending by a government on child care, health care, education, infrastructure, research and innovation, and the promotion of a “green economy” will pay off over a longer period of time and so, from an intergenerational perspective, can be paid for through borrowing.

However, most of the COVID spending is temporary income support with no benefit for future generations and as such should not be debt financed.  Total COVID spending announced to date totals about $270 billion.  Of that amount, about $20 billion relates to measures to help find a COVID cure, support other nations and provide longer-term reforms.  This leaves about $250 billion in spending that can be classified as short-term consumption spending and should not be passed on to future generations.

Such COVID spending should be paid for through reductions in existing program spending and/or higher taxes.  Even though a new program review of spending would be useful in itself, it would not yield the savings needed to pay off COVID spending over a reasonable time period. 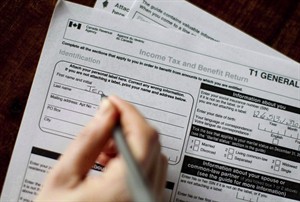 Over sixty percent of spending is statutory in nature, mainly transfers to persons, such as elderly employment insurance and child care benefits, and other levels of government, including the Canada Health Transfers, the Canada Social Transfer, equalizations, Territorial Formula Financing, transfers to municipalities for infrastructure, among others.  These programs are already under significant pressures.  The remainder, which requires annual Parliamentary appropriations, includes many areas also under stress and thus would be difficult to cut.  This includes transfers to First Nations, farmers and students, among others.  This leaves only operations of government, of which the largest component is personnel costs.

Taxes should be raised “temporarily” to pay for the increase in debt resulting from temporary COVID spending.  The federal government in the past has used temporary surtaxes.  These include, for example, a general surtax, a high income surtax, a corporate profit surtax, and a financial institutions profits surtax.  The GST could also be temporarily restored to its pre-2006 level of 7 percent.

There would need to be a separate monitoring to ensure that financing the COVID-19 consumption debt is properly accounted for.  This could be done through a separate COVID-19 Debt Servicing Reduction Account (COVID-19 DSRA).  The government’s fiscal anchor would then to linked to the deficit excluding the COVID-19 DSRA.  The net deficit would still be presented in the audited financial statements.

Assuming COVID spending resulted in an increase in temporary debt of around $250 billion then a combination of temporary surtaxes could be used to pay off the COVID spending debt over 5 years ($50 billion or 2.5%of GDP a year).  A reduction in COVID debt would allow the government to undertake an equal amount of more productive investments with long-term benefits.

Is this likely to happen?  The standard political reaction will be that a government cannot get elected on a platform that raises taxes.  This may or may not be true since it is hard to remember a federal election where it has been tried.  During the 1990s the Liberal government under Jean Chretien maintained income surtaxes, a surtax on financial institutions and a partial non-indexed income tax system. Jean Chretien promised to eliminate the GST during the 1993 election. Of course, he didn’t and no one seemed to care.  He went on to win three majority governments.

Of course, it depends on what surtaxes would be used to pay off COVID debt, and some combinations might be more acceptable (to the voting public) than others.  The question is simple: would Canadians prefer to dump COVID debt on their children and grandchildren or pay for it themselves?