How the pandemic has exposed a leadership problem in Canadian federalism 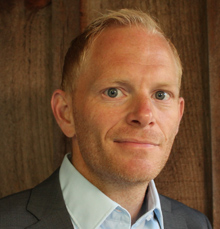 In his televised national address on September 23, Prime Minister Trudeau reminded us that we “have the power to get this second wave under control…And this fall, we have even more tools in the toolbox.” But this did not happen, at least in Canada’s most populous provinces. Instead, our response to the second and third wave of the COVID-19 pandemic has been a tale of two federations: A tale of success and failure, set east and west of the Quebec-New Brunswick border. This predicament is not a problem of federalism per se. Rather, what we have witnessed since the fall is a leadership problem within the federal system.

In principle, Canadian federalism provides a flexible foundation for effective emergency responses. It is not an institutional straitjacket like in Germany, where the federal government and the states have been caught in a joint-decision trap. While the states have different preferences about how to battle the pandemic, interlocked responsibilities and constitutional norms require that they reach agreement on almost any measure. As result, the twenty intergovernmental agreements struck since March 2020 were often half-baked, lowest common denominator solutions.

By contrast, federalism in Canada’s Westminster democracy concentrates power resources within the executive on both governmental levels. This framework allows for swift action. It enables premiers to balance regional authority and intergovernmental cooperation to prevent the spread of the virus. But only committed leadership can activate these institutional resources.

The Atlantic provinces taught us how this works. Their proactive approach has one main goal: To keep case numbers near zero by rigorously suppressing spillovers within and between the provinces. To that end, premiers deployed resolute unilateral action and coordination. They created and temporarily suspended the Atlantic Bubble in order to ensure test-trace and isolate strategies remain effective. Governments did not shy away from imposing mobility restrictions if necessary. When Edmunston was under lockdown, any non-essential travel in and out of the area was prohibited.

The other provinces thought they can get away with a less ambitious but dangerous strategy. Although many public health experts have been sounding alarm since the fall, they stuck to their reactive approach. Their main goal has never been to contain case numbers, but to ensure that hospitalization rates remain manageable. Timing, however, matters. Uncontrolled spread became increasingly self-accelerating, making hard lockdowns unavoidable.

One problem has been the lack of targeted mobility restrictions within and between provinces. Residents in COVID-19 hotspots can move freely to public health units with lower case numbers. In December, cross-border shoppers from Toronto, Peel, and York fueled the case load in Halton and Durham. In January, doctors in Whistler expressed concerns about an increasing number of COVID-19 patients from Ontario and Quebec.

Successful leadership not only manifests itself in policy performance, but also in policy learning and accountability. Manitoba introduced mandatory self-isolation orders for all travellers entering the province in late January. And Quebec, unlike Ontario, avoided another catastrophe in LTC homes during the second wave of COVID-19 by taking adequate precautions. Beyond that, however, no government did seriously entertain the idea of emulating the Atlantic provinces’ approach. It is hard to find substantial evidence for policy learning from past mistakes and best practice.

The lack of accountability was particularly obvious in Ontario and Alberta. Premiers Ford and Kenney were most avid in playing the game of blame avoidance to distract from their own failures. The Ontario government stubbornly refused to acknowledge problems like the LTC crisis, or to introduce paid sick leave, a policy instrument that could have prevented major workplace-related outbreaks. Instead, it launched ongoing attacks on Ottawa. The pattern in Alberta was very similar. When asked by a Calgary Herald reporter if he would take responsibility for the province’s dire situation in early December, Premier Kenney was outraged: “I reject the entire premise of your question.”

The decentralized nature of Canadian federalism puts provincial leadership into the spotlight. But the federal government is part of the problem, too. Imagine Ottawa had capitalized on its political and fiscal strength to muster a more coordinated, pan-Canadian response based on shared policy goals, standards and indicators. Suppose the feds had attached more strings to intergovernmental transfer payments, stopping the Ford government from using billions of contingency funds for budget consolidation instead of implementing paid sick leave, or making schools safe.

Not only could we have avoided many unnecessary deaths and extended lockdowns. We could also confront the third wave of the pandemic with confidence, as a truly resilient federation.

Jörg Broschek is Canada Research Chair in Comparative Federalism and Multi-level Governance, and associate professor in the Department of Political Science at Wilfrid Laurier University.