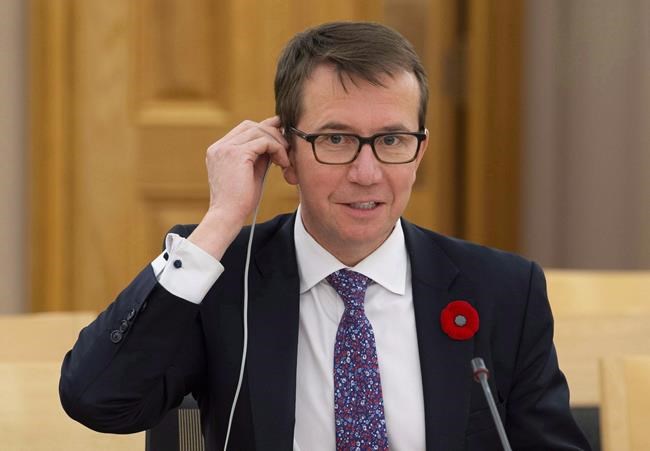 HALIFAX — Former federal cabinet minister Scott Brison has been tapped to head a new body that will advise Nova Scotia's Liberal government on the economy.

Rankin says the council will advise the government on policy options and on ways to attract capital to the province.

The government says council members have been selected to reflect Nova Scotia's diversity, its regions and several economic sectors.

Brison was a Nova Scotia MP between 1997 to 2019 and is currently chancellor of Dalhousie University and vice-chair Investment and Corporate Banking at BMO Capital Markets.

He says he believes the province can become a "magnet for talent and knowledge-based industries."

This report by The Canadian Press was first published April 7, 2021.