Several votes following budget could trigger an election, at least in theory 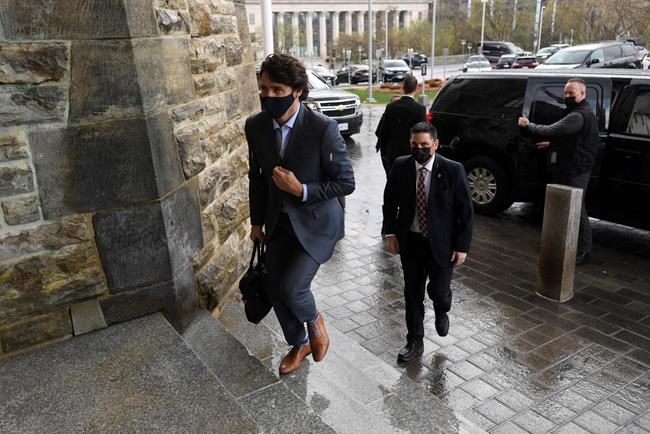 OTTAWA — Justin Trudeau's minority Liberal government faces three votes in the wake of Monday's budget, any one of which could theoretically plunge the country into an election.

But NDP Leader Jagmeet Singh has taken a lot of the suspense out of what would ordinarily be high-stakes political drama.

Even before the contents of the budget were revealed, Singh reiterated Monday that his party is not interested in triggering an election in the midst of a deadly third wave of COVID-19.

All three main opposition parties would have to vote against the budget to bring down the government.

Still, minority governments have fallen before essentially by accident so the coming budget votes will be watched carefully.

Four days of debate will follow Monday's tabling of the budget by Finance Minister Chrystia Freeland. Those days are not necessarily consecutive.

On the first day, the Conservatives, as the official Opposition, get to introduce an amendment to the budget. The Bloc Quebecois, as the third-largest party in the House of Commons, would then introduce a sub-amendment.

On the second day, probably Wednesday, the Commons will vote on the Bloc sub-amendment.

And on the third day, most likely Thursday, MPs will vote on the Conservative amendment.

The fourth day of debate, possibly next week, will end with a vote on the main budget motion.

Votes on the Conservative amendment and Bloc sub-amendment could also be considered confidence matters, depending on the wording.

Should the government survive those three post-budget votes, a budget implementation bill will eventually follow. That too would be a matter of confidence.

This report by The Canadian Press was first published April 19, 2021.