On This Day in Canada’s Political History: Birthday of Her Majesty Queen Elizabeth

A very special day on the calendar as it is the birthday of Her Majesty Queen Elizabeth II, the Queen of the United Kingdom and 15 other Commonwealth realms, including Canada.  Though the Queen is turning 95 today, Elizabeth Alexandra Mary Windsor’s life of selfless public service continues.

During her reign, which began upon the death of her father in 1952, she has been advised by 12 Canadian Prime Ministers, dating back to the Rt. Hon. Louis St. Laurent and on through Prime Minister Justin Trudeau today.  She has traveled more in Canada than most Canadians and has been a tireless servant of our country and the entire Commonwealth.  So happy birthday to Her Majesty from “Art’s History.”

Coincidentally, today would also have been the 95th birthday to an important political and media mentor to myself and countless others, the late Liberal Senator Keith “The Rainmaker” Davey.  He has been gone for a decade now but his own legacy of public service, via the political and party system that has built Canada, lives on. 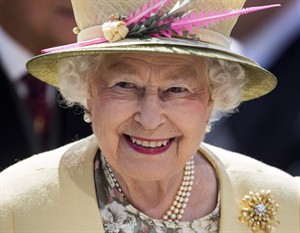