On This Day in Canada’s Political History: Birth of Lester Pearson

As always at “Art’s History,” we pause to mark the birthdays of our Prime Ministers and today it is Lester Bowles Pearson’s turn.  Canada’s 14th Prime Minister was born on this date in 1897 in Newtonbrook, a small town that was later consumed by the outward expansion of Toronto.

As the son of a Minister, Pearson spent some years of his childhood living in a Methodist manse in Toronto.  He later excelled at a variety of sports while attending the University of Toronto and Oxford University, the latter on a scholarship. (His Oxford University hockey team won the Spengler Cup in 1923.)

Seemingly accomplished at everything to which he set his mind, Pearson went on to become one of our country’s greatest 20th century Prime Ministers.  Though he served as prime minister for just five years (1963-68) — and only at the head of two successive minority governments — Pearson and his team had a very significant impact in shaping Canada’s future.

Amongst his government’s most significant and progressive achievements were Medicare, a new flag for our nation, the Canada Student Loan Program, the Order of Canada, the Royal Commission on the Status of Women, and the end of capital punishment.  During his term as head of the Liberal Party, Lester B. Pearson also set the party on the path to future success, attracting up and coming Canadians like John Turner, Jean Chretien and Pierre Trudeau to his team.

Pearson had such a significant turn as the leader of Canada’s government (1958-68) that his previous career accomplishments are often overlooked or forgotten.  It’s worth noting that he served as an MP for 20 years (1948-68); as the Secretary of State for External Affairs (for nine years, 1948-57); as Canada’s Ambassador to the United States during the pivotal concluding years of WWII (1944-46); and as the President of the United Nations General Assembly (1952-53).  Oh and let’s not forget that in 1957 he was awarded a little thing called the Nobel Peace Prize, for his role in resolving the Suez Canal crisis.

Pearson’s is a remarkable legacy of which Canadians of all political persuasions can be proud. 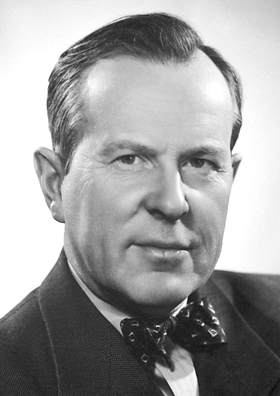