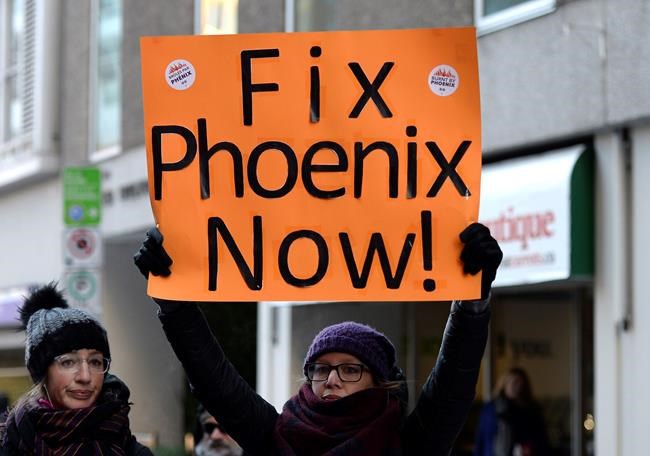 The Public Service Alliance of Canada says it has received notice from CRA that the agency won't review the taxability of the payments.

The payments were part of a contract settlement dealing with the financial, mental and emotional harm caused to government employees who were overpaid, underpaid or not paid at all through the Phoenix system.

Payments of up to $2,500 each were issued in March to civil servants affected by the damages agreement, minus applicable income taxes and other deductions.

In a letter sent to the union, dated April 27, the tax agency turned down the union's request to review the taxation issue.

"After numerous requests for Treasury Board’s cooperation, and direct appeals to (Treasury Board President Jean-Yves) Duclos, they have refused any and all cooperation on the matter," a portion of the letter provided to the union stated.

The review was contingent on both the union and Treasury Board Secretariat providing an agreed statement of facts.

The union accused the government of shortchanging the 140,000 federal employees it represents by deducting tax from the payments, arguing that damages settlements are not normally taxed.

The union and government reached a deal last summer to compensate PSAC members affected by failures in the Phoenix system.

The Treasury Board chose not to co-operate with the review out of spite, PSAC national president Chris Aylward said in a statement.

"It's clear they're still angry that PSAC forced them to deliver a better deal for our members," Aylward said.

"They're frustrated that they have to honour the top-up clauses signed with the other unions to match our general damages agreement, and now they're taking it out on PSAC members by sabotaging attempts to get a positive tax ruling."

Treasury Board officials were not immediately available to respond to a request for comment.

But a spokesman said in February that Treasury Board was not blocking a review of the CRA's initial decision on the matter by refusing to issue a joint statement of facts with PSAC, adding that the government had always intended that the damages payments would be subject to "applicable deductions."

This report by The Canadian Press was first published May 3, 2021.