It was on this date in 1864 that a 22-year-old law student had all Montreal talking after he delivered his McGill Law School valedictory address in – wait for it! – French.  Back in his time this was an incredibly gutsy move for Wilfrid Laurier to take, and it helped to define him as a young man to watch.

“You have heard here French and English names listed on the honour roll, you have heard someone speak to you in English, and I who now speak to you do so in my mother tongue, I speak to you in French,” the future Prime Minister said. “There is in this fraternity a glory of which Canada cannot be too proud, for many a powerful nation could find here a lesson in justice and humanity.”

Thirty-two years later Laurier would become Canada’s first francophone prime minister.  He registered four consecutive election victories and, at 15 years, the longest unbroken term as prime minister in Canadian history.  Laurier led the Liberal Party for an astonishing 31 years.  In the opinion of many Canadian historians, Laurier was an unparalleled statesman.

You’ll find Laurier’s speech in full that day below.

To the Students of McGill University, Faculty of Law.

Gentlemen: Of all the missions entrusted to man living in society, I know none greater than that of the man of law. The mission of the man of law is found in this one thought: to make justice prevail. Nothing on earth is as precious as justice, and nothing perhaps is as difficult to obtain. Such is the unthinkable blend of good and evil comprising man’s nature that the true and the false are found in all his works. As this state of affairs is evidenced by everyday experi­ence, one can appreciate that to dispense justice to its members is for society at once an arduous task and a terrible responsibility. Moreover, as soon as civilization began to spread, the administration of justice, until then held fast in the arbitrary hands of power, was entrusted to a class of men specifically devoted to that purpose.

Knowing how to distinguish the true from the false; knowing, amidst the most intricate complexities, how to differentiate between right and wrong; knowing how to preserve and share the rights of citizens; knowing how to keep the general peace; knowing how to safeguard for families their forefathers’ legacy, to maintain the individual’s honour when assailed, to justly suppress offenses for public morals; knowing how to stem the temerity of the powerful and relieve the misery of the weak without violence to the one, with­out impunity to the other, and finally to render to each according to his deeds: that is the mission conferred upon the man of law.

All glories and all merits pale before these simple and great thoughts: to render to each according to his deeds, to make justice prevail. And yet from those who devote themselves to administer­ing justice, society demands hard and heavy labour.

Aside from arduous preliminary studies, the man of law must possess a profound knowledge not only of the laws of his country, but also of those that have been the most authoritative and influen­tial; he must possess not only these unwavering principles of eternal truth, but know how to trace the transformations and changes of the centuries and the needs of his own era; finally, he must possess a depth of knowledge that would enable him, in all human endeav­ours, to distinguish evil from good and to render to each according to his deeds.

That is what society expects and demands of the man of law. Yet I will admit that this is not how the profession is seen. Still, the actual state of the profession does not destroy the truth of what I have said, and we would all benefit, I believe, from seeing these ideas increasingly disseminated.

The more these ideas are developed, the more the mission of the man of law will be magnified and dreaded: one will see in it something other than a mere livelihood; something more than an art, more than a science; one will see in it a great duty to accomplish; fewer will be its devotees and more zealous, more active, and more earnest in our work will we be, we who will embrace this career.

Thus in England we have seen the Eldons, the Erskines, and many others, after starting at the bottom of the social ladder, by means of the study of law take their place among the highest politi­cal luminaries of their day.

Thus it is that nowadays, one has seen the illustrious Lord Brougham, to whom England owes so many helpful and judicious reforms, begin at the bar a career that closed on the benches of the House of Lords.

Thus it is again that only yesterday, when a modicum of free­dom was granted to France, we saw the outcome of country’s fate debated and determined by the Jules Favres, the Olliviers, the Billaults, the Rouhers – all of them men of law.

Ah! But we need not seek out foreign examples: history will show that in our country, the most illustrious men were men of law. Nothing could be more natural: things could not be otherwise under the rule of freedom.

Freedom is not the power to say and do everything: freedom is the right to act and to move about agreeably and without hindrance within the circle of the constitution drawn by the people, without that circle being expanded or contracted at the whim of a despotic hand. Thus freedom assumes law, and that is the lawyer’s domain.

The prerogatives and the duties of the people and of the execu­tive branch must be maintained within the limits of the constitu­tion, and the man of law, by his very studies, is in the best position to meet the requirements of this situation, whether he acts at the executive level and claims the rights of authority, or whether his voice emerges from among the people, to maintain its prerogatives or restrain the encroachment of power.

While in the political arena, the man of law does not change missions; there too, he will have to render to each according to his deeds, to make justice prevail; he merely extends his sphere of action: henceforth he will address the court of public opinion; his theme will be the rights or the duties of an entire nation, and his audience will comprise all the echoes of publicity.

If I speak this way, it is not because I wish to arouse anyone’s ambition; no, but there are lessons that one must never lose sight of. In the words of an eminent jurist, we live in an age when each must contribute to the social fabric. This truth, everywhere enacted, will produce no more considerable results than in this country.

Indeed, in the nineteenth century, when most societies are already well advanced in age, this country has existed for barely a few centuries. While today in the ancient world one can only work to make reforms, on this new continent everything is still new, everything is yet to be shaped.

In taking advantage of the experience of other parts of the world, this country can thus avoid groping about as did modern societies when they were formed. To the vivid might of youth, it can join the light of centuries.

However, as I have tried to show earlier, if one loves his country and sincerely wishes to help it, the most effective way he will do so is by the study of law.

Moreover, in this country the law plays another role, a tremen­dous role found nowhere else. Today, two races share Canadian soil. As that day has vanished, I can say it here: the French and English races have not always been friends; but I hasten to say, and I do so to our glory, racial struggles on our Canadian soil have ended; there is no other family here but the human family, no matter what lan­guage we speak, or at which altars we kneel.

Each day we find the happy effects of this sacred work, – and in this solemnity we have yet another proof; you have heard here French and English names listed on the honour roll, you have heard someone speak to you in English, and I who now speak to you do so in my mother tongue, I speak to you in French. There is in this fraternity a glory of which Canada cannot be too proud, for many a powerful nation could find here a lesson in justice and humanity.

Gentlemen, to what do we owe this happy state of affairs? There may be more than one cause, but the primary one is the study of law. Two different laws govern this country: French law and English law. Each of these affects not only its particular race, but each gov­erns both races simultaneously – and it is worth noting that this introduction in the same country of two entirely different legal systems was accomplished without violence, without appropriation, but only by the effect of the laws of justice. 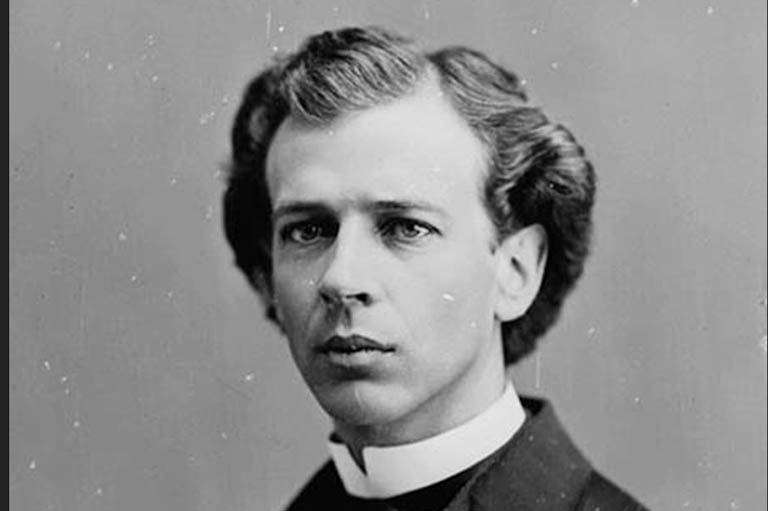