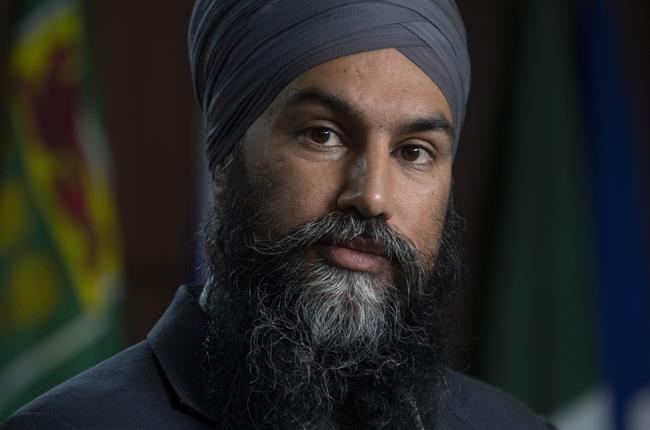 A lack of information on the race, gender and age of jurors hinders the fight to address systemic racism and other inequities in the criminal justice system, federal opposition leaders and others say.

Singh said he would like to see laws and practices put in place to ensure juries represent the community, adding he would work with provinces and territories to see demographic information collected.

"The goal should be first identify: Are our juries reflecting the population, and if not what we can do to improve the demographics," Singh said in an interview. "Better juries, better laws that all have the goal of justice and fairness in mind."

Similarly, Green party Leader Annamie Paul said a clear picture without jury data on race, gender and occupation among other things is impossible.

"Lack of collecting this data is going to be one of the key barriers to truly dismantling systemic racism within our criminal justice system," Paul said. "You can't create legislation, really effective legislation, without this information."

"Concerns regarding the lack of this type of data are a recurring theme with nearly every criminal law bill considered by the Senate," Pate said.

Conservative and Bloc Quebecois leaders Erin O'Toole and Yves-Francois Blanchet did not respond to requests for interviews.

The Prime Minister's Office referred questions to Minister of Justice David Lametti, who said via a spokesman the government was on board with collecting information that would help address the overrepresentation of Indigenous people and racialized people who end up behind bars, which could include scrutinizing jury makeup.

As one example, David Taylor pointed to the federal-provincial-territorial National Justice Statistics Initiative, which sets goals and objectives related to justice data. Relevant deputy ministers have endorsed the collection and analysis of Indigenous and race-based data as a priority for the initiative, he said.

"Effective policy requires good data," Taylor said. "This investment will support the use of advanced analytics so that we can better tailor interventions and improve social outcomes for different groups of people."

Canada's chief statistician, Anil Arora, said Canadians have long been reluctant to collect demographic information but people have come to understand the impact it can have in crafting solutions.

The government now wants to collect demographic information in a systematic way, including addressing gaps related to the justice system, Arora said. Statistics Canada can access data through the justice initiative, he said.

"What we need to do now is to align the disaggregated data at the source of collection, or at least be able to link it to other data sources, to get at what is the profile, whether it's somebody serving on the jury (or) part of the judicial system itself," Arora said.

"The country needs this type of information, so that it can see what's going on sooner and it can react sooner, and it can take decisions."

This report by The Canadian Press was first published May 19, 2021.