Judge’s knuckles rapped over U of T appointment interference; can stay on bench 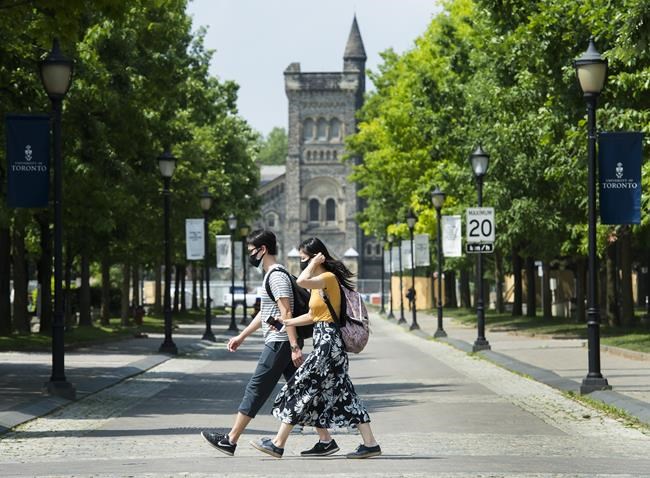 TORONTO — A federal court judge accused of bias against Palestinians over his views on a proposed appointment at the University of Toronto made serious mistakes, but can stay on the job, a judicial review body concluded on Friday.

In its decision, the panel of the Canadian Judicial Council found Judge David Spiro should not have weighed in on the appointment of Valentina Azarova as director of the International Human Rights Program of the school's law faculty.

Azarova is a prominent international law and human rights scholar who has done work on Israel’s human rights abuses in the occupied territories.

"The fear of bias on the part of Justice Spiro is based on misinformation and speculation that is inaccurate," the review panel concluded. "While the judge made serious mistakes, these were not serious enough to warrant a recommendation for his removal from office."

In September, the Centre for Israel and Jewish Affairs — Spiro had been on its board before his judicial appointment to the Tax Court of Canada — told the judge about Azarova's planned appointment.

According to the council, Spiro relayed concerns from the Jewish community to a friend at the university and warned the appointment could damage the school's reputation.

In its decision, the review panel noted Spiro had donated money and time to the law faculty before becoming a judge. It made sense, the panel said, that he weighed in as an engaged alumnus rather than as a sitting Tax Court judge.

"Justice Spiro was voicing his concerns about the potential impact of the appointment and associated controversy on the university and the faculty as opposed to actively campaigning or lobbying against the appointment," the council said.

Spiro had also spent time trying to build bridges between Israelis and Palestinians, the panel found, and there was no suggestion of bias on his part against Palestinian, Arab or Muslim interests. As a result, it was unreasonable to fear he would show bias in the future, it said.

However, the panel did find Spiro was wrong to raise his concerns in the way he did and that he regretted doing so

"The judge properly recognized the mistakes he made and expressed remorse," the council said.

Fatema Abdalla, with the National Council of Canadian Muslims, said they were reviewing the panel's finding.

"This decision has important implications on questions of judicial ethics," Abdalla said.

The school's decision to rescind Azarova's appointment sparked an uproar. The national association representing Canada’s academics condemned the university in November, and Amnesty International said this week it had paused a partnership with the law faculty.

The controversy also prompted the university to ask former Supreme Court of Canada justice Thomas Cromwell to review the hiring situation. In his report, Cromwell said he could find no evidence of external influence in the school's decision around Azarova.

"The inference that such influence played a role in that decision is the basis of the concern about academic freedom but, as I see it, that inference is not justified," Cromwell concluded

University president Meric Gertler had said he would reach out to Azarova in an effort to mend fences. Azarova said on Friday she did receive an apology from the university in late March for breach of confidentiality, as Cromwell had recommended. She did not comment on the panel decision.

This report by The Canadian Press was first published May 21, 2021.