Abandoned oil and gas wells will be cleaned up despite backlog: Alberta regulator 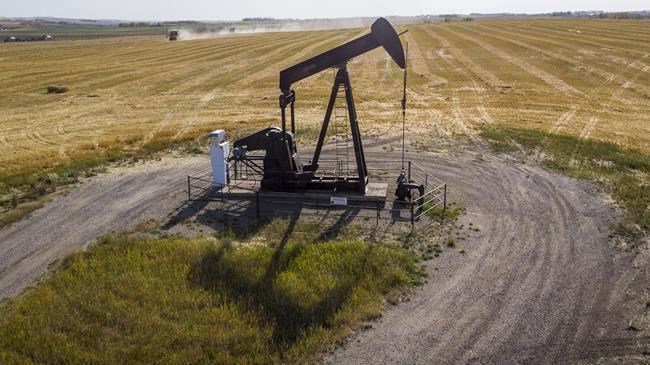 EDMONTON — There's lots of life in Alberta's conventional oil industry and plenty of resources and political will to clean up the mess it leaves behind, says the head of the province's energy regulator.

"Will there be halcyon-days growth in the sector? Probably not," said Alberta Energy Regulator president Laurie Pushor.

"We still see an industry that is healthy and anticipating relatively stable production."

Pushor spoke to The Canadian Press after his first year on the job, a year that saw 20 per cent layoffs at his agency at a time when the government is asking it to do more. There are also growing worries over the industry's environmental liabilities and concern about the growth of coal mining in the Rocky Mountains.

"This organization has had a profound amount of change," he said Thursday.

Pushor acknowledged problems with how Alberta ensured industry has cleaned up after itself.

A recent report from the University of Calgary found more than half the province's wells no longer produce, but remain unreclaimed. The regulator's own predictions suggest such wells will double between 2019 and 2030.

The regulator wasn't making sure companies that bought old wells had the wherewithal to operate and close them safely, Pushor said. Companies would pass the regulator's tests, then collapse anyway.

"We were seeing failures of companies that had positive ratings."

That's changed, he said. The regulator can now look at a much broader range of factors, including whether it's honouring lease payments to landowners and tax obligations to municipalities — in arrears by $245 million.

"How they treat their partners on the land is a pretty clear and strong indication of their performance in protecting the land," Pushor said.

"We think there will be an opportunity for us to be more diligent in protecting the interests of Albertans if a company is in failure."

New rules are coming in the fall that will force operators to spend a certain slice of their estimated clean-up costs every year.

"That's the key tool here. We start it out at whatever percentage (and) monitor the data to see whether we're making gains or not."

Similarly with the tailings ponds, said Pushor, who noted policies are in place.

The province's auditor general has said the amount of surety Alberta holds to guarantee the remediation of the oilsands is inadequate. That amount hasn't changed since 2016.

But that's because Alberta doesn't require payments to accelerate until near the end of mine life — which, in some cases, is decades into the future.

"We would have full financing held six years prior to end of (mine) life," said Pushor.

The regulator's recent move to base security requirements on a company's own revenue projections won't affect that, he said.

Pushor said the regulator is also on top of ensuring environmental impacts of coal exploration in the Rockies are dealt with. Although the regulator does not collect any deposits to make sure the work is done, Pushor said clean-up requirements are part of the licence.

"We expect the reclamation to follow right on the heels as their permit requires. We stay pretty diligent to ensure exploration projects are being reclaimed."

Stock prices for some of those mining companies plummeted after the government's decision to pause all activity on those leases in response to public concerns. Pushor said the regulator doesn't have concerns about them not being able to meet their obligations.

"It's hard for me to speculate on what might happen. We will be diligent in holding the companies to account."

Pushor said, despite losing 200 staff and more than 10 per cent of its now-$206 million budget, the Alberta Energy Regulator has a handle on things. He said it has come along in regaining public trust after facing conflict-of-interest investigations into its previous leadership.

"We probably slid a bit," he said.

"The challenge before us is to continually work to regain that. And that's probably not good enough — we probably want to continue to grow and build that confidence."

This report by The Canadian Press was first published May 27, 2021.