On This Day in Canada’s Political History: Parliamentary Legend Paul Martin Sr.’s First Address in the House of Commons

It is a very special day for Art’s History: for the first time I am pleased to welcome a past Prime Minister who has kindly agreed to serve as a guest columnist.

The Rt. Hon. Paul Martin Jr. is a special man in my life. For more than 15 years Mr. Martin has been a personal and professional supporter of my work in the field of political history.  He has sat for more hours of interviews with me than he probably cares to remember, performed a ceremonial tree-planting in my famous Kingston backyard.  In 2012, when Mr. Martin came to Kingston, he and I co-led a history-themed walking tour of downtown Kingston.

Most importantly, however, he’s been in my corner as I’ve faced some serious health challenges in recent years. When Mr. Martin heard that I had not been feeling well, he even dropped by my home and spent a couple of hours cheering me up and sharing stories from his remarkable life and career.  The former Prime Minister did not have to do that.  This classy man, our nation’s 21st Prime Minister, is a valued and loyal friend, and a distinguished public servant.

In his guest role today, he is helping us recall the maiden address in the House of an equally impressive public servant. I speak, of course, of his late father, the Right Honourable Paul Martin Sr., one of the most significant cabinet ministers in 20th century history.  It is therefore with gratitude and pride, I present to our readers, the 21st Prime Minister’s reflection on his father’s love of Parliament.

My father truly loved the House of Commons. He was first elected to serve the people of Essex East in 1935, running under Mackenzie King’s Liberal banner in that year’s campaign.

A few months later he stood, perhaps nervously, for the first time in the House to deliver his maiden address.

Not surprisingly, his speech before his fellow MPs on June 18, 1936, concerned his life-long passion: foreign affairs. In re-visiting his remarks today, I am struck, first, by the quality of debate and by the calibre of those MPs who participated that day. They included Prime Minister Mackenzie King, former Prime Minister R.B. Bennett, the CCF’s J.S. Woodsworth and former Toronto Mayor Tommy Church.

In his speech, my father called for increased autonomy for Canada in managing and advancing our nation’s distinct foreign policy. And of course, he quoted his hero, Sir Wilfrid Laurier, in making his case. “I claim for Canada this,” the young MP said, drawing upon Laurier’s words from years gone by, “that in the future Canada shall be at liberty to act or not to act, to interfere or not to interfere, to do just as she pleases, and that she shall reserve to herself the right to judge whether or not there is a case for her to act.”

As I think back to the many conversations I shared with him over the decades, I am struck that Dad, time and time again, told me how much he respected so many of his political opponents. These included John Diefenbaker, Tommy Douglas of the CCF along with Stanley Knowles, and his predecessor as Secretary of State for External Affairs, Howard Green.

It was a different time as I witnessed from the visitor’s gallery up above, when MPs often disagreed, as the saying goes, without being disagreeable.  And I believe strongly that a return to the politics of civility and mutual respect for one’s opponents is long overdue.

I am confident most Canadians today will agree on that. 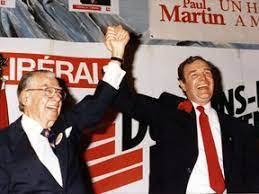 Paul Martin Sr. joins his son on the stage to celebrate another victory for the Martin family. 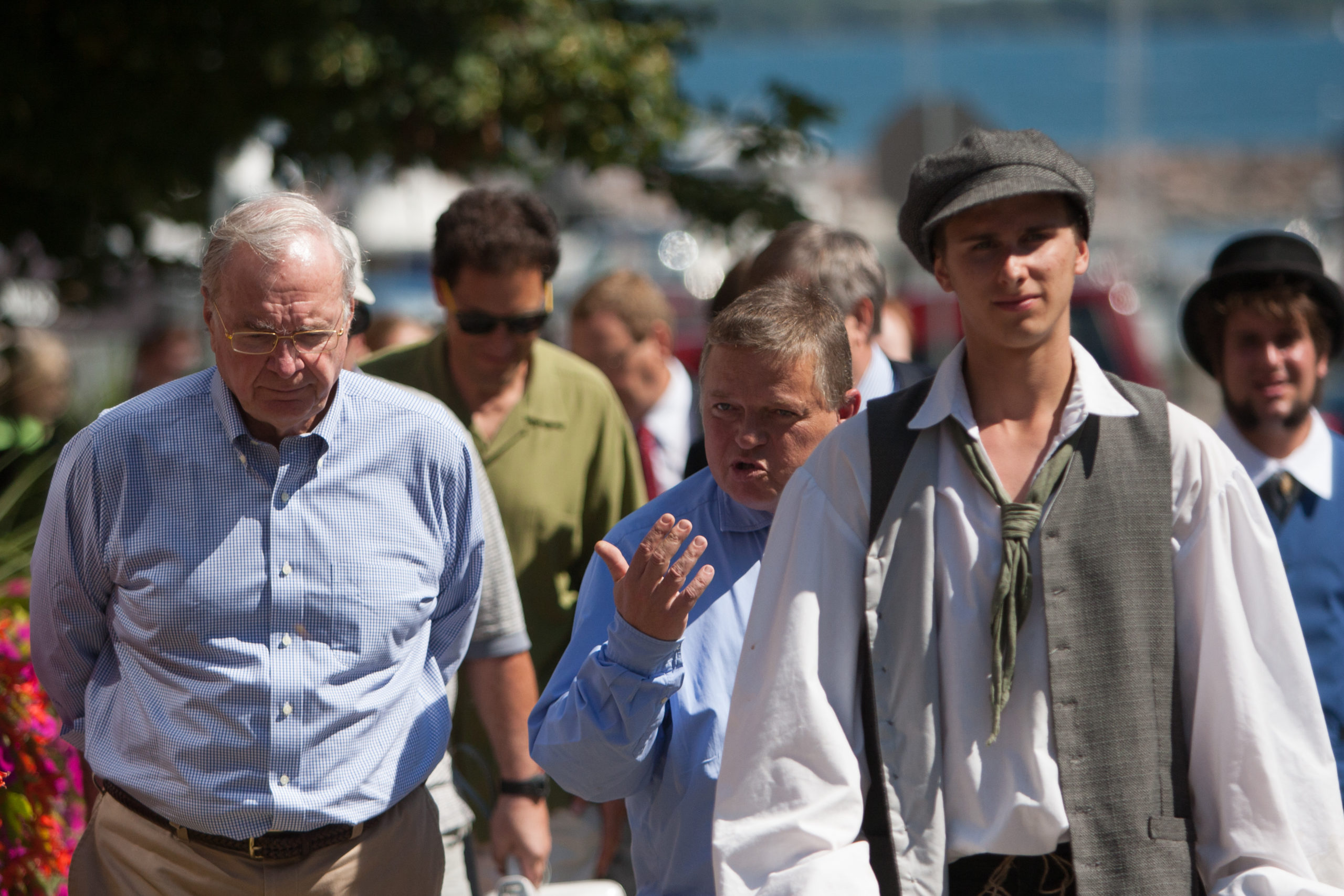 Arthur Milnes (hand in air) and the Rt. Hon. Paul Martin leading a walking tour of historic Kingston in 2012.