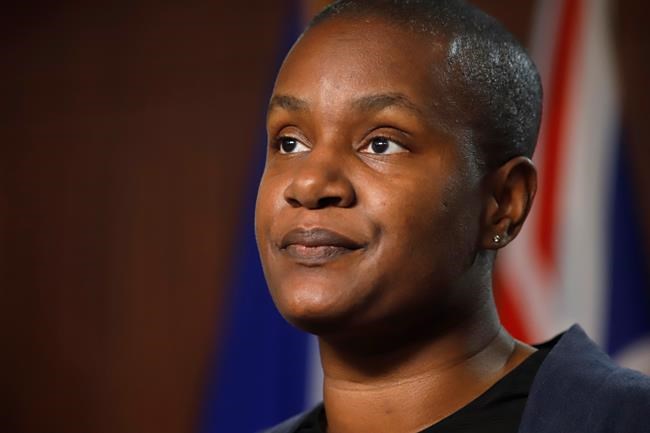 OTTAWA — The head of the Greens' governing body says an ultimatum to Leader Annamie Paul still stands, leaving her job in limbo as infighting continues to strain the top rungs of the party.

Liana Cusmano, interim president of the party's federal council, says in an interview that a motion passed by the body two weeks ago demanding Paul repudiate a former adviser's remarks about antisemitism remains in effect.

Cusmano says she has asked Paul to retract comments to media that suggested she no longer has to go through with the disavowal.

The ultimatum, which also calls on Paul to publicly reconcile with Green MP Paul Manly, states that if council's demands aren't met it will begin a process that could culminate in a leadership review when grassroots members gather later this summer.

The tensions mark the latest round of internal strife that exploded into public view after Green MP Jenica Atwin crossed the floor to the Liberals earlier this month over views on the Israeli-Palestinian conflict as well as broader tussles over power and authority within the party.

Paul's office declined to comment. The federal council, which includes Paul among its 13 voting members, is expected to meet virtually this evening.

This report by The Canadian Press was first published June 29, 2021.