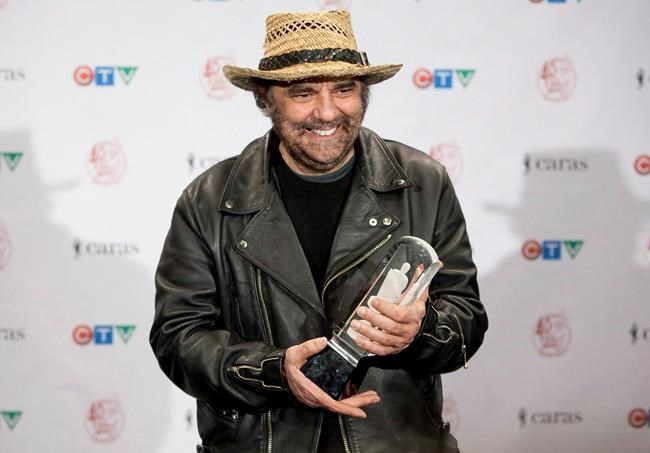 The Juno-winning Canadian producer says he's received the blessing of Adam Cohen, the late singer-songwriter’s son, "to use a few other poems" his father recorded in future songs.

"Torn Again" was released on Thursday and could offer a taste of what's to come with those other tracks, which aren't officially set for release.

The song is an alternate take on Cohen's reading of "It’s Torn," a poem he wrote that originally appeared on his 2019 album "Thanks for the Dance." Lanois was introduced to the original recording while working with Adam on the project.

"I fell in love with the power of the lyrics and Leonard’s stark recitation," he said.

Lanois produced a version originally intended for "Thanks for the Dance," but it didn't make the cut, he said. Calling this recording "Torn Again" acknowledges a revisiting of sorts, a more ambient exploration of Cohen's poem, with a steel guitar ad lib performed by Lanois and his friend Rocco Deluca.

"It's Torn" is a haunting poem that speaks to loss.

But the weight of Cohen's words are possibly even heavier now, Lanois suggested. He said in some ways "Torn Again" speaks to the "atrocities that are being revealed now in Canada" with the unmarked graves of Indigenous children being discovered at residential schools.

"It's just so powerful and beautiful," Lanois said. "Anyone who hears it is stopped in their tracks."

"Torn Again" is available to stream and download on digital platforms.

This report by The Canadian Press was first published July 2, 2021.