Ontario to spend $32 million more on addictions services each year 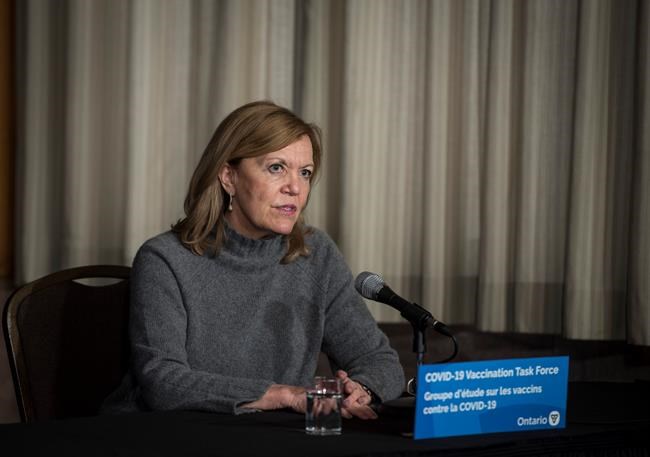 TORONTO — Ontario plans to spend an additional $32.7 million each year to bolster addiction services across the province, an investment that comes as the government says the stresses of the pandemic have led to a spike in problematic drug use.

The annual funding is part of the province's pledge to pour $3.8 billion into mental health and addiction supports over the course of 10 years.

"Today's investment will expand and enhance addiction services across the continuum of care, from prevention to recovery so that supports are available throughout an individual's journey to wellness," Health Minister Christine Elliott said as she announced the spending Wednesday.

The funding comes amid a spike in fatal opioid overdoses in the province during the COVID-19 pandemic.

A report released in May by the Ontario Drug Policy Research Network at Toronto's St. Michael's Hospital found opioid overdose deaths jumped to 2,050 between March 2020 and December last year, compared to 1,162 in the same time period in 2019 -- an increase of just over 75 per cent.

Elliott said the annual spending will target people with substance use issues at all stages, including harm reduction services to prevent drug abuse, "early stabilization" to encourage treatment and more intensive treatments.

The province said that will create 30 new youth treatment beds at the Pine River Institute near Shelburne, Ont., which treats people aged 13 to 19 with "addictive behaviours and other mental health challenges." The facility currently has 29 beds.

It will also create new beds for addiction services and support existing ones at the Bluewater Health and Sault Area Hospital.

The spending also includes $6.9 million for the provincial opioid response, which will go towards hiring harm reduction workers and expanding Rapid Access Addiction Medicine clinics. Such clinics offer walk-in services to people with substance use problems, providing brief counselling sessions and referrals to other community services on a first come, first served basis.

There's also $2.25 million from the province earmarked for "elements" of a Toronto-based opioid response proposed by the Toronto Academic Health Sciences Network, including money for rapid access addiction clinics and funding to integrate services between providers to make transitioning between supports easier.

The Ontario branch of the Canadian Mental Health Association said Wednesday's funding announcement is good news, but that more needs to be done.

"While today’s investment is welcome, CMHA Ontario would encourage the government to go further to support individuals and communities struggling with substance use issues," said CEO Camille Quenneville.

"Harm reduction measures to consider include safer opioid supply initiatives given that people using unregulated street drugs may not realize they are consuming fentanyl, a deadly high-strength opioid that accounts for the majority of opioid-related deaths."

She said the government should also consider increasing the cap on the number of consumption and treatment services sites across Ontario, which is currently set at 21.