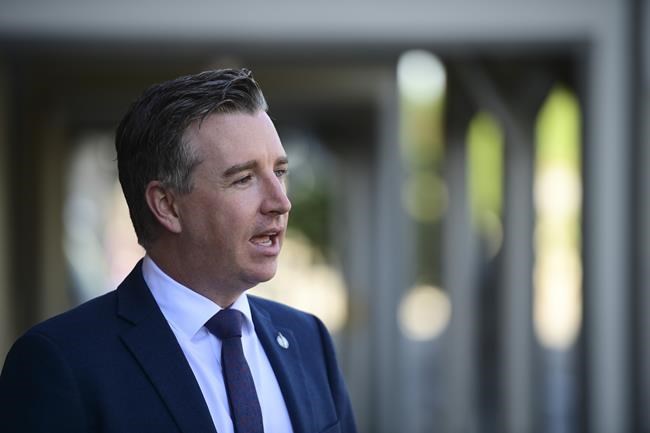 OTTAWA — The federal ethics watchdog is reviewing a request to investigate Prime Minister Justin Trudeau over payments his MPs offices made to a company owned by his friend.

The company was founded by Tom Pitfield, a childhood friend of Trudeau's, who served as the Liberal party's chief digital strategist during the 2015 and 2019 election campaigns.

The Globe and Mail reported last month that MPs’ expenditure reports showed most of the Liberal caucus had paid money through their office budgets to the company, which has also been hired to provide digital services to the Liberal Party of Canada.

Trudeau has said caucus members use Data Sciences for their constituency work and he and the party both say there is a complete separation between political and parliamentary business.

In his letter to Dion, which Barrett shared on social media,he asked the commissioner to investigate Trudeau's role in the contracts to see if he violated the conflict of interest code for members of Parliament.

He requested the watchdog probe the section where MPs are prohibited from acting in such a way that furthers the interests of family members or another person or entity.

A request for comment from the Prime Minister's Office was not immediately returned.

Dion replied in his own letter Wednesdaythat the criteria for making such a request has been met, and he has forwarded it on to the prime minister.

A parliamentary committee recently debated whether to launch its own investigation into the matter, but nothing was decided after meeting for five hours.

During that time, Liberal MP and committee vice-chair Brenda Shanahan, told members her office uses the Montreal-based company for technical support in both French and English.

She also panned the Conservatives' attempts to hear testimony from Pitfield and learn more details about what work the company does for MPs as a "fake scandal."

This report by The Canadian Press was first published July 14, 2021