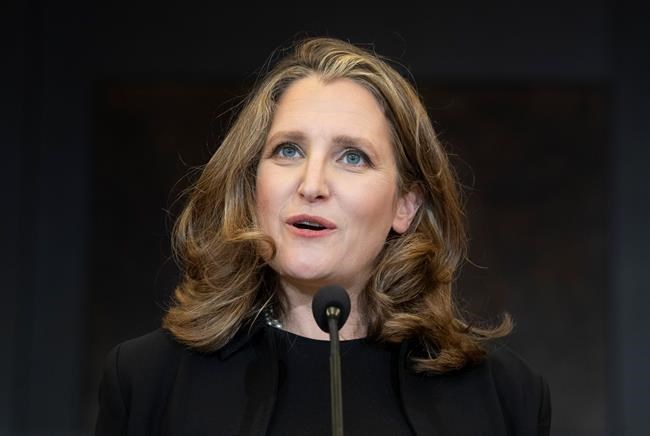 The delay will add to the stress facing many older farmers.

Ottawa—Farm groups are voicing their displeasure with the Finance Department’s decision to delay and change Conservative MP Larry Maguire’s bill on intergenerational business transfers that has been approved by Parliament and received Royal Assent.

Mary Robinson, President of the Canadian Federation of Agriculture (CFA), says the move will prolong the much larger tax burden on farmers who incorporated their operations and are looking to pass their farms over to a family member compared to those who transferred them to an unrelated third party.

CFA has reached out to the Finance Department and will work to ensure that the intent of Bill C-208 remains intact and is law as soon as possible, she said.

The implementation of Maguire’s bill, which also applies to fishing and small businesses, will be held up to next Jan. 1 under the department’s plans to close unspecified potential tax loopholes. It could be further delayed by a possible federal election this fall.

CFA and many other farm and business groups strongly supported Maguire’s bill because “it removes an unfair tax burden that farmers face when transferring their farm to a family member,” Robinson said.

“In our talks with the accounting community, this delay, and the uncertainty around exactly what the amendments will be, will force many farmers who were looking to transfer their farm to a family member to delay their retirement plans until 2022. If they transfer to a family member under the current rules, it can potentially cost them hundreds of thousands of dollars more in taxes compared to if this Bill was fulfilled,” she said.

Daryl Fransoo, Chair of The Western Canadian Wheat Growers, said the government’s delay of the bill’s implementation shows it “don’t care about family farms or where Canadian food is grown. Sadly, this government talks about the environment and food safety, in reality would rather hurt Canadian family farms and import food from countries that often have poor environmental standards or food safety standards.

“Without this legislation, it would cost the owners hundreds of thousands of dollars to sell to their son or daughter. It is actually more profitable to sell to an outside corporation than a family member,” he said.

Gunter Jochum, WCWGA President, said, “Canadians need to understand that this current government is not looking out for the best interest of Canadian family farms. They say one thing and do something completely different. Virtue signaling and questionable ethics will not put safe food on the plates of Canadians.”

Robinson said the delay in implementing the bill “creating a tremendous amount of stress and uncertainty for family farms that are making their succession plans. CFA’s primary concern is that the capital gains treatment afforded through Bill C-208 to inter-generational family farm transfers must be made clearly accessible as quickly as possible, as Parliament made its intentions clear through the passage of the bill.

In response to the farm group complaints, a spokesman for Finance Minister Chrystia Freeland repeated the department’s complaints that the bill “lacks clarity as to which taxation years transactions must be in to qualify. We are half way through a taxation year. We are therefore proposing for it to begin applying to transactions starting January 1, 2022, so to avoid any confusion or disadvantage. Fairness and predictability are important in taxation.”

The response did not deal with the issues raised by CFA and WCWGA about the burden being imposed on farmers and the lack of clarity on what other changes Finance might wish to impose beyond the delay.